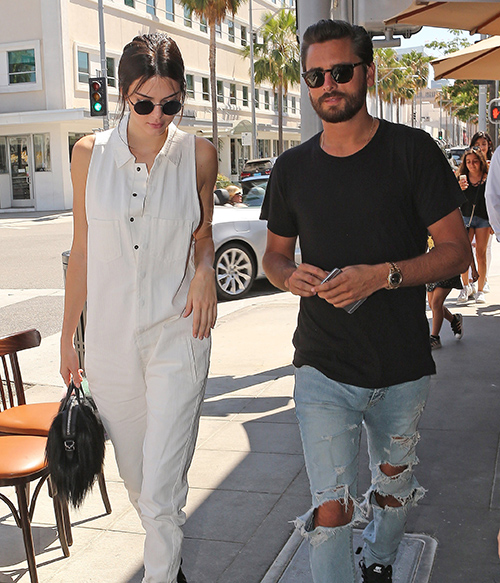 When it comes to Kourtney Kardashian and Scott Disick – or the rest of the Kardashian family – let’s face it, he’s never going to leave their lives. But that’s not just because the reality star shares three children with the eldest Kardashian sister. He simply has no other place to go or a family to turn to for help.

Scott Disick’s recent antics prove that he’s been falling back into his bad habits, giving Kourtney a reason to be seriously worried. First, he missed out on his daughter Penelope Disicks’ 4th birthday celebrations because of his pre-scheduled “work commitments.”

Many critics can’t help but turn a side-eye at Scott for missing his own daughter’s birthday party. With the millions he already has in the bank, what work commitments can be so important that he misses the special day that comes only once a year for his special little princess?

If that weren’t enough, he has also suspiciously been spending a lot of time with Kourtney’s little sister, Kendall Jenner. Now, Scott and Kendall have always had a close relationship with one another, but since they are both single, critics can’t help but wonder if there’s something brewing between them.

After all, Kendall Jenner is Scott’s type, especially when it comes to the looks department and her connection with the modeling world. Ever since Scott and Kourtney broke up last year, he’s been seen with a number of aspiring models, but apparently none of them have managed to keep him around the way Kendall has.

And even though sources insist that nothing is going on between Scott and Kendall (romantically, at least), Kourtney is freaking out behind closed doors. According to Star Magazine, one insider said that the mother-of-three has been waking up “in cold sweats, crying after dreaming that Kendall is pregnant with Scott’s baby.”

For now, only time will tell if Scott and Kendall are indeed nothing more than just close friends and their relationship is much ado about nothing. Still, with Scott Disick not being around to help his family when they need him, it’s given Kourtney Kardashian every reason to be worried. What do you think?