Kourtney Kardashian Dumps Family: Wants Out Of ‘Keeping Up With The Kardashians’ – Rob Kardashian To Blame? 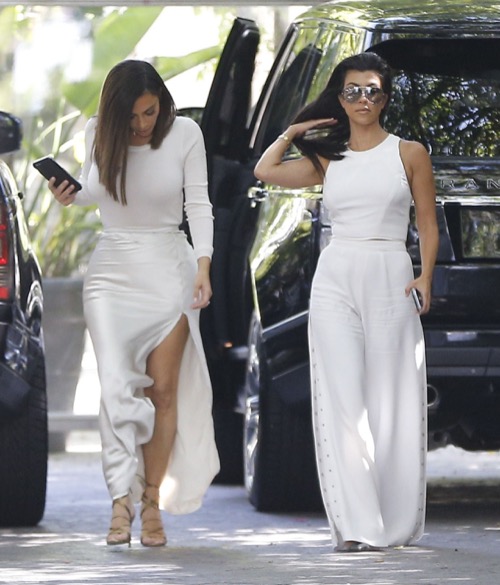 Kourtney Kardashian’s departure from ‘Keeping Up With The Kardashians’ definitely shows that she’s following in the footsteps of her younger brother, Rob Kardashian. The reclusive former reality television star pulled away from Kris Jenner and his sisters several years ago after his big fight at Kim Kardashian and Kanye West’s wedding in 2014. Since then, he’s had an up-and-down relationship with his Kardashian sisters and only recently started going out in public again thanks to his girlfriend Blac Chyna, who is currently expecting his first child.

Kourtney Kardashian might be the next in line to have a Rob Kardashian meltdown, especially since she’s distancing herself more and more from her sisters. She recently told Britain’s Now Magazine, “I don’t want the show to end, but I sometimes think I would be so happy if it did, and I could just move away from it all. By the end of every season I’ve had enough, but then once we have had a break I’m ready for more.”

Clearly, the mother-of-three is done fabricating all of the Kourtney Kardashian and Scott Disick fights fans see on the show along with rumors that she is having a Justin Bieber romance. Kourtney Kardashian doesn’t look for the same attention that her sisters Kim, Khloe and Kendall and Kylie Jenner crave so it’s no wonder that she wants nothing to do with ‘Keeping Up With The Kardashians.’

In fact, it just goes to show that Kourtney Kardashian wants to live her own life away from her famous family, as she recently spent her summer in Cape Cod with Scott Disick and their three children, Mason, Penelope, and Reign. Kris Jenner and Kim Kardashian were no where in sight, further proving that Kourtney Kardashian is done with having the reality television cameras follow her everywhere she goes.

Obviously, she’s taken a page from Rob Kardashian’s book and is putting her foot down to all of her family’s drama by refusing to participate in their made-for-television nonsense.

Tell us CDL readers, what do you think? Is Kourtney Kardashian pulling away from her family? Will ‘Keeping Up With The Kardashians’ survive without her? Let us know!