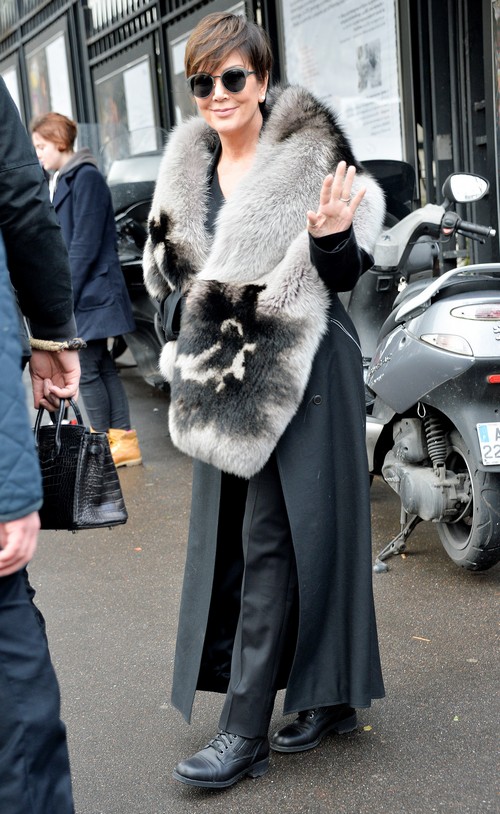 Say it isn’t so! Has Kim Kardashian demanded that Kris Jenner sober up and slim down? Is Kris contemplating weight loss surgery? All those late nights of partying and drinking post-divorce may have finally caught up with Kris.

Kim and Kris must have more screws loose than anyone ever imagined. The lap band surgery Kris Jenner reportedly is planning is not a quick fix for weight loss. And it certainly isn’t the way to get sober.

The surgery may keep Kris from endlessly eating, but vino and vodka will slide right down. No matter how tight the weight loss lap band you can still drink anything in you want all day long. Hello! You can still eat junk food with a lap band.

We know Kris doesn’t need to go through an insurance approval to get this surgery because she can just pay for it. But what credible bariatric surgeon would let just anyone walk in and schedule this procedure?

No one ever accused Kim Kardashian and Kris Jenner of being overly intelligent. Reportedly Kim’s solution to losing some baby weight quickly was to have a cosmetic dentist pull two teeth in the back of her moth. Not to help her stop eating, but to give the appearance of narrower cheeks an insider told Radar Online.

It was recently reported that Kris had gained about 70 pounds over the last couple of years. One source blamed it on menopause. Still others blame it all on Bruce Jenner – now Caitlyn Jenner.

After Kris and Bruce separated Kris’s drinking reportedly became more and more frequent. Then when Bruce transitioned to Caitlyn and enjoyed the big Cosmo reveal things went from bad to worse.

Kim Kardashian needs to fix her own weight problems before she starts demanding Kris Jenner fix hers. As for sobering up, do you think that will ever happen? After all, the talk show “Kocktails with Khloe” has been added to the list of Kardashian television shows. That name says it all.