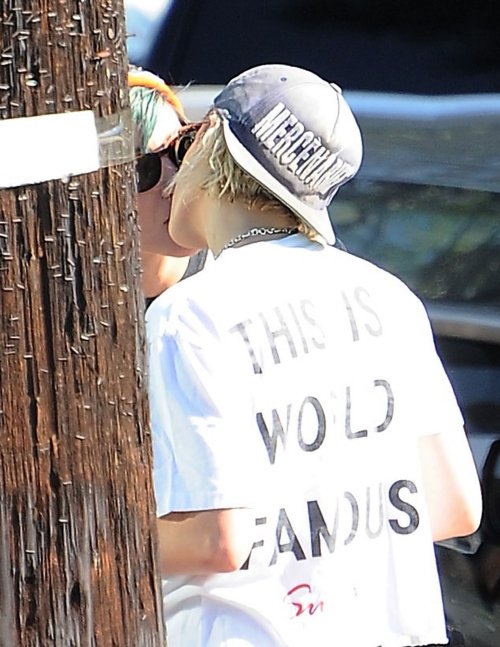 While K-Stew and Alicia Cargile are clearly dating, this is the first time that Stewart has actually confirmed their relationship and spoken about her girlfriend publicly.

In the September 2016 issue of Elle Magazine Kristen Stewart dished about her relationship with Cargile and explained, “I think also right now I’m just really in love with my girlfriend. We’ve broken up a couple of times and gotten back together, and this time I was like, ‘Finally, I can feel again.”

Of course, Kristen Stewart is well known for her relationship with Robert Pattinson, and of course cheating on him as well with another man. The Twilight actress’ sexuality has always been a bit complicated, and often confused a lot of her fans.

Kristen Stewart addressed her decision to date a woman in her Elle interview and explained, “When I was dating a guy I was hiding everything that I did because everything personal felt like it was immediately trivialized, so I didn’t like it. We were turned into these characters and placed into this ridiculous comic book, and I was like, ‘That’s mine. You’re making my relationship something that it’s not.’ I didn’t like that.”

It’s pretty obvious that Kristen Stewart is referring to her infamous relationship with Robert Pattinson, although she didn’t exactly say her ex-boyfriend’s name. Some might even consider this a bit of shade towards her former Twilight co-star.

Apparently, the relationship that K-Stew had with Rob doesn’t even compare with what she and Alicia Cargile share now. Hmm, we wonder if Robert Pattinson feels the same way? Does he think that his and Kristen’s relationship was like a “comic book?” Ouch!

What do you think about Kristen finally confirming her love for Alicia Cargile? Will there be wedding bells in the near future?

Was Kristen Stewart dissing Robert Pattinson or finally admitting the entire Twilight relationship was a studio-produced showmance as CDL told you it was? Let’s not forget that Angelina Jolie made it clear back in 2012 that Robert Pattinson and Kristen Stewart were a fake couple contrived by producers to increase revenue on the Twilight Franchise. Share your thoughts in the comments below!