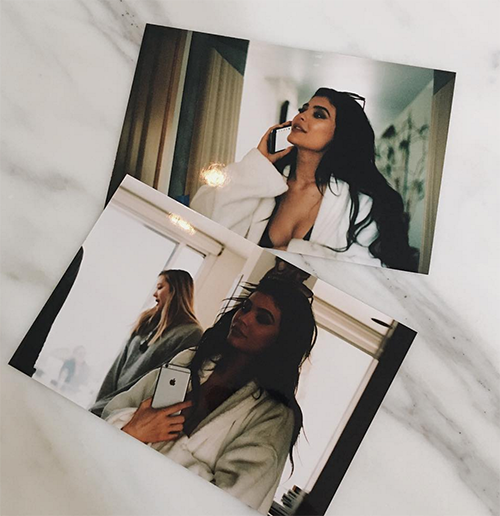 Well, that was fast! Earlier this week it was confirmed that Kylie Jenner and Tyga had another break-up, and this time it was the real deal. Multiple outlets reported that Tyga and Kylie were done for good. But Kylie Jenner isn’t exactly losing any sleep at night over her split. She has already moved on and found herself a new rapper, Ty Dolla $ign!

It’s no secret that Kylie Jenner and Ty Dolla $ign were “friends,” although there were rumors that they might be more than just friends. There was nothing concrete to support those claims … until now. Apparently, Kylie and Ty were partying at Hyde Sunset at a Nylon Magazine party, and they were spotted putting on some serious PDA in the VIP room.

Now, we generally take MTO’s reports with a grain of salt – but when it comes to Kylie Jenner, nothing surprises us. After all, she has been rumored to be romantically involved with Ty in the past. We know she has a thing for rappers. And, since when has a guy having a girlfriend stopped her? Her future sister-in-law Blac Chyna can vouch for that.

We don’t condone hooking up with other girls’ boyfriends, but Ty Dolla $ign is a definite upgrade from Tyga. Then again, after Tyga there really is nowhere to go but up. So, do you think Kylie and Ty are hooking up? What’s his girlfriend think about this? Share your thoughts in the comments below!