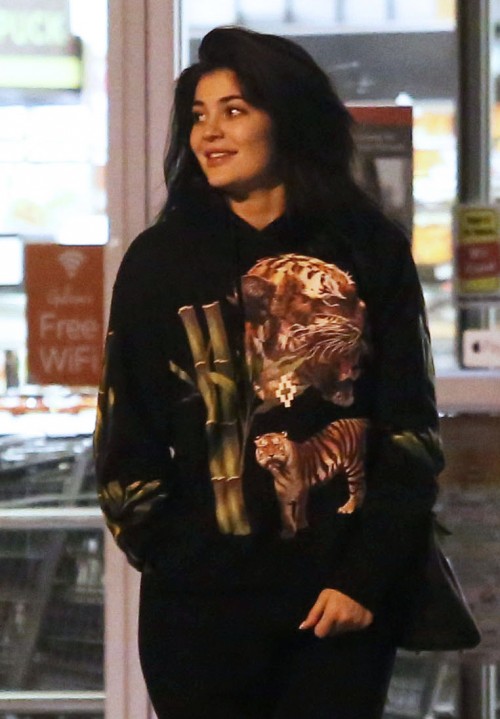 Kylie Jenner has reportedly invited Tyga to move into her new $6 million Hidden Hills mansion. But is this about rekindling their relationship or about the crushing debt that Tyga is rumored to owe? Is Tyga in debt because he was trying to “keep up” with his Kardashian?

Reports says Kris Jenner is concerned – as are the other Kardashians – about Kylie installing Tyga under her roof when he can’t seem to get his money problems under control. In particular, Tyga’s luxury cars seem to be in danger of repossession from creditors.

Choice Motor Company filed a lawsuit for nearly $360k over a Lamborghini and the same company repossessed his Bentley earlier this year. TMZ reported that the G-Wagon that Tyga gave Kylie for her birthday had past-due payments racked up as well.

Tyga also faced a court date over past-due rent on two homes and then, according to another tabloid, couldn’t get approved to buy a $10 million home near Kylie Jenner’s former Calabasas neighborhood. But then TMZ reported Tyga just bought a new $45k grill.

So is Tyga skipping out on paying his bills and indulging in luxuries he can’t afford? Or is all the money trouble just misunderstandings and rumors as Tyga has tried to counter in various social media posts responding to the news of lawsuits and repossession reports?

But it’s not just landlords and car companies (allegedly) coming after Tyga for money he owes – the tax man has come calling as well. Tyga has been slapped with tax liens by both the IRS and the California state tax board for failure to pay state and federal taxes.

This week, Tyga and Kylie Jenner reportedly went Bentley shopping but it was Kylie in the driver’s seat, quite literally, with Tyga giving her advice on the purchase she was considering. The two left the dealership without Kylie plunking down cash for a car, though.

All of this leaves us wondering if Tyga moving in with Kylie is about true love or true financial problems. Are Tyga’s spending habits so out of control that he can’t afford his basic bills like rent and car payments? Or is this all just a big misunderstanding and he’s on firm financial footing?

Either way, the Kardashians reportedly don’t like the news that Tyga has moved in with Kylie Jenner – and money may be the least of the issues. Tyga hooked up with Kylie when she was quite young and has been her only relationship thus far – except for rumors about PartyNextDoor…

Does she need to get out and play the field? Or is Tyga a bad habit she can’t break? Tyga has been featured on the family’s show, Keeping Up With the Kardashians, in recent episodes, so moving him in to Kylie’s place could be about the scripting for the “reality” show.

In a way, that might be a win-win since Tyga should be cashing KUTWK paychecks and that might help him get out of debt. But her momager Kris Jenner has to be worried about Kylie Jenner supporting her boyfriend financially – if that is the case – and draining her reality empire fortune.

Share your comments below and come back to CDL often for the latest celebrity news and gossip.