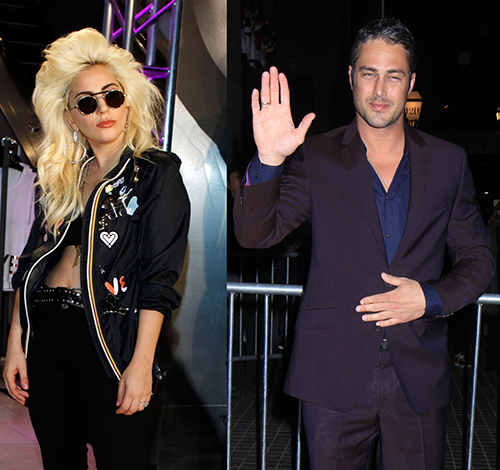 Lady Gaga and Taylor Kinney have long been considered an odd pair in the celebrity world. The chart topper, after all, is one of the most eccentric artists in the celebrity spotlight right now while camera-shy Taylor Kinney has preferred to keep his personal life private, unless of course he was asked to walk the red carpet with his fiancé or support her in many of her performances and projects. Plus, he almost never, ever talked about her in his interviews.

And it looks like dating the hottest singer in the industry definitely had its pitfalls, as Taylor Kinney wasn’t willing to put his career on hold for his girlfriend. One source told People Magazine, “Their work kept them apart a lot. ‘Chicago Fire’ keeps him in Chicago and her work is almost always everywhere.”

In fact, it seems like Lady Gaga and Taylor Kinney’s separation might have happened earlier than we know, as the couple was last photographed together back in April. Even though they got engaged on Valentine’s Day last year, their social media accounts indicate that they’ve barely had any time in their hectic schedules to spend with each other. The last time Lady Gaga posted a photo of the ex-couple together was almost four months ago during a trip they took to Park City, Utah. If that weren’t enough, Lady Gaga was also nowhere to be seen at Taylor Kinney’s birthday bash in Malibu last week.

So far, Lady Gaga and Taylor Kinney have not made any official statements about their separation, although many sources have hinted that her red-hot career might be one of the reasons why they’ve never made it down the aisle. It might also be the reason why they never settled on a wedding date, too.

Lady Gaga is currently vacationing in Cabo, Mexico and eyewitnesses say that the ‘Paparazzi’ singer is no longer wearing the Lorraine Schwartz diamond engagement ring that Taylor Kinney gave her last year. Tell us, Celebrity Dirty Laundry readers, do you think Taylor Kinney was jealous of Lady Gaga’s career success during their years together? Drop us a line with your comments below.