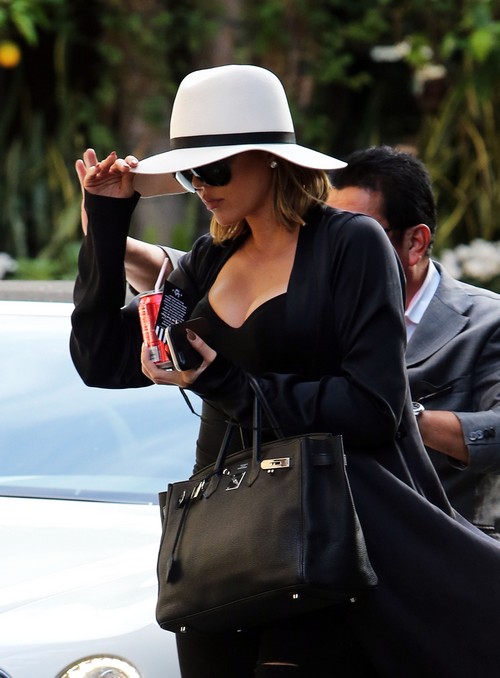 Will Lamar Odom win Khloe Kardashian back on basketball court; can high scores reignite her passion? The former Los Angeles Lakers player has taken to the basketball court which saw his days of glory as part of his therapy regime and is reputed to be doing well.

This is particularly good news after the 36-year-old Lamar was found unresponsive after a drug overdose in a brothel in Nevada on October 13, 2015. People Magazine in February 2016 described Lamar’s recovery as remarkable considering the circumstances of his hospitalization.

So now the near seven feet giant works his moves with the aim of shooting his way back into Khloe Kardashians romantic favors.

With reports emerging from Hollywood Life that the star has given new vigor to his work on the basketball court it is hardly surprising that his ulterior motive is to reignite the passion with his estranged wife, 31-year-old Khloe Kardashian.

Since his first public appearance at Kanye West’s Yeezy Season 3 in February 2016, repeated appearances with Khloe give the impression there is a strong chance of a romantic reconciliation.

Sources speaking with Hollywood Life on March 4 report that Odom hopes that if he does well on the court, and continues to make high scores, would refuel the passion Khloe felt when they began their relationship – and by extension have her back in his bed. To the public eye they do look like a newly reunited couple as they snuggled close at Kanye West’s fashion show in February 2016.

At the same time, should Lamar Odom accept that Khloe has moved on and has been a constant presence in his life solely as a means of therapy? People Magazine’s February 16 article suggests as much.

A source speaking with the magazine claimed that “Khloe is nothing but protective of Lamar. She would never jeopardize his health”. Getting back into the routine of his old life has actually been a critical part of the former basketball stars recovery.

Like many a Kardashian before her, Khloe took to Twitter to respond to public scrutiny of her relationship with Odom. On February 11 she posted, “God forbid if exes are cordial right?!?! Wtf is wrong with people?!?! People should praise kindness. Not question it”.

Furthermore Khloe’s Twitter rant on November 18, showed that the Keeping Up With The Kardashians star maintains a carries a load of emotional baggage for Odom. The tweets showed that resentment remained for Odom’s breaking his marriage vows and remained insistent divorce would proceed.

On March 11, a CDL report did mention that Khloe was recently spotted partying with former love interest, American rapper French Montana. This does call into question any sincerity of reconciling with Odom, considering that her estranged husband considered French Montana a critical part of the problems the couple now face.

Does this mean Odom and Kardashian are still headed for divorce despite her constant support and presence during his period of recovery? Is Odom being deluded into thinking he really has a chance of getting back into Khloe Kardashian’s bed?

Khloe Kardashian is spotted at the Four Seasons in Beverly Hills on March 10, 2016 by FameFlynet