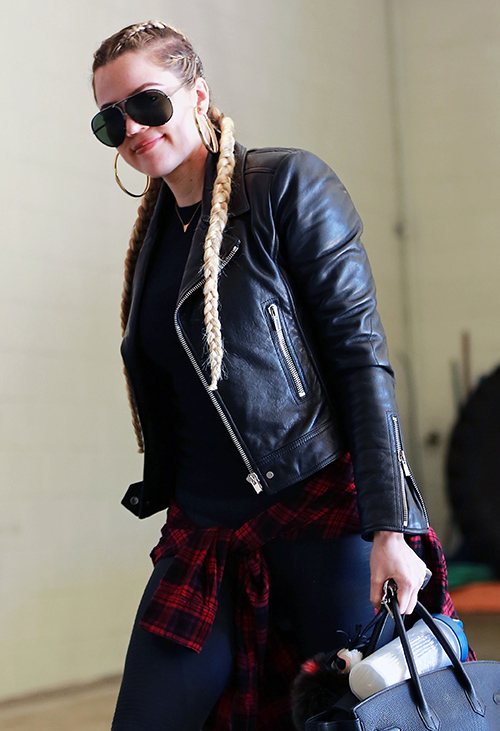 Is Khloe Kardashian dating French Montana again and cheating on Lamar Odom? Remember when Khloe went through that weird rebellious stage – where she was a badass ride or die chick, and her family was concerned about her gangbanging with French and his crew? Well, it looks like Frenchie and Khloe are still texting each other and partying on a regular basis – and Khloe’s husband Lamar Odom is NOT happy about it.

Recently, Khloe stepped out with French Montana and a group of friends for a casual dinner and trip to the strip club – you know just a typical Tuesday evening. Dating rumors about the former couple fired up, and Khloe insisted that they were not together (nor would they be in the future) and that she and French Montana were “just friends.”

Regardless of what Khloe and French’s relationship status is – Lamar Odom doesn’t like it, at all! An insider dished to OK! Magazine, “Lamar has always hated French and blames him for coming between them years ago. He’s thrilled Khloe’s not seeing James [Harden] anymore, and while he trusts that Khloe isn’t sleeping with French the fact she’s still hanging out with him and exchanging texts the whole time really grates on his nerves.”

It’s no secret that Lamar Odom wants his wife all to himself – and he seriously misinterpreted Khloe cancelling their divorce as a sign that they were getting back together, and not what it really was – her way of making sure he was taken care of medically during his traumatic ordeal. Legally, Lamar and Khloe are married – but they haven’t been in a relationship with each other in years. Does Lamar really have any right to dictate who she can or can’t go to strip clubs with?

What do you guys think? Is Khloe being disrespectful by partying with French Montana while she is still married to Lamar Odom? Or is it time for Lamar to accept that he and Khloe are over? Share your thoughts in the comments below!