LeAnn Rimes Flashing Wedding Ring Eddie Cibrian Did Not Pay For: Caught In Another Twitter Lie 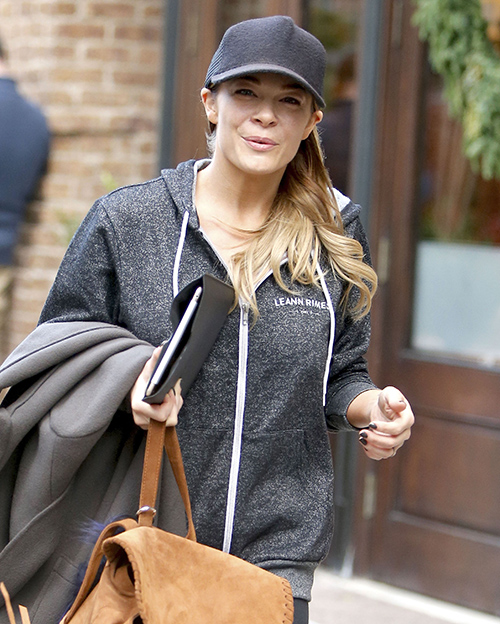 LeAnn Rimes has a pretty colorful imagination when it comes to her Twitter postings – the country singer has been caught in numerous lies about her relationship with her husband, Eddie Cibrian, over the years. And it looks like the controversial country singer has some explaining to do (again). An all new report from Star Magazine is indicating that LeAnn bought herself the wedding ring that she has been flashing on Twitter. Seriously, does this woman have any dignity left?

Over the holidays, LeAnn Rimes posted a photo of the flashy ring – and informed her Twitter followers and shared a tweet about celebrating their five year wedding anniversary. But, Leann Rimes left out a piece of crucial information, according to a tabloid report: Rimes actually picked out and paid for the “gift” from Eddie herself. So sentimental!

Star Magazine is reporting that LeAnn Rimes tends to buy herself things, and then imply on social media that they are gifts from her doting husband. A source dished to Star, “That post was such a desperate attempt to flaunt her lavish love life, and it backfired.” At this point, you would think that Leann would just give it up already. Not only is nobody buying her indications of a fairytale marriage but no one cares any more. It truly is old news. Even Brandi Glanville could care less at this point.

Twitter has always been an issue for LeAnn Rimes. She is constantly under fire for her social media fakery – and bragging about the wedding ring that she had to pay for herself is really only the tip of the iceberg. In her defense, no one has ever proven that she paid for her own wedding ring – but it’s not exactly rocket science. It’s public knowledge that Eddie Cibrian is broke and Leann is the bread winner in the family – and judging from the ring in the photo, it cost a lot of bread.

Why do you guys think LeAnn continues to try to create a false image of her happy marriage on social media? Do you believe that she bought her own wedding ring? Let us know what you think in the comments below!