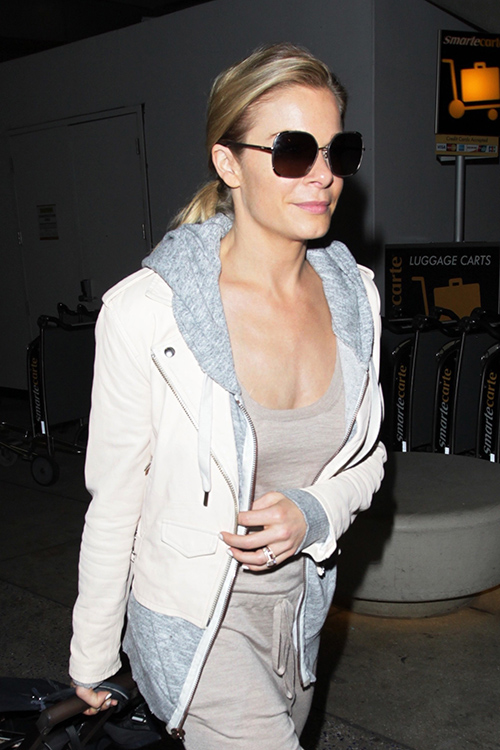 LeAnn Rimes pregnancy reports have been circulating for years now, yet the former country star has yet to become a mother to her own biological child. And even though she insists she’s ‘trying’ the old fashion way, there’s speculation that her husband Eddie Cibrian might be keeping a troubling secret from his wife.

Leann Rimes and Eddie Cibrian’s marriage has long been plagued with problems, as they’ve had an on-again, off-again relationship with the actor’s ex, Brandi Glanville. The ‘Real Housewives of Beverly Hills’ star has accused LeAnn Rimes of overstepping her boundaries as a stepmom to Eddie Cibrian’s two children, Mason and Jake, and posting photos of the boys and exposing them in the public eye. After all, the only reason why the paparazzi ever show up to Mason and Jake’s weekend soccer games is to see LeAnn Rimes and Brandi Glanville compete for attention.

Yet, LeAnn Rimes has made it no secret that she would like to become a mother one day and even though she and Eddie Cibrian have been married for five years now, it’s yet to happen. When interviewed on Britain’s ‘Loose Women’ this week, LeAnn Rimes revealed that she hasn’t give hope yet and is still trying to get pregnant the old fashioned way even though it hasn’t worked so far.

According to the Daily Mail, LeAnn Rimes said, “Oh of course that’s going to come up. We practice a lot! I’ll take my time.”

Taking her time is one thing that LeAnn Rimes has definitely done. But considering how Eddie Cibrian’s two sons are reaching their pre-teen years, it’s doubtful that he would want to start over with another baby on the way. And that’s why fans can’t help but wonder if Eddie Cibrian is hiding a secret from his wife.

Did Eddie Cibrian undergo a secret vasectomy after his divorce from Brandi Glanville? Is that why LeAnn Rimes can’t get pregnant? Is Eddie Cibrian hiding the truth simply because he doesn’t want to anger his wife?

Whatever the case, Eddie Cibrian isn’t known for being the most honest husband in the world. After all, LeAnn Rimes and Eddie Cibrian started their relationship while they were still married to their former partners. And if LeAnn Rimes finds out the reason why she can’t have children is because of Eddie Cibrian, that right there might end their marriage.

Eddie Cibrian’s lifestyle might depend on his wife’s bank account – especially since he hasn’t stable work for years now – while LeAnn Rimes is desperate to have a child, no matter what. It will only be time before the truth finally comes out for this couple. What do you think, CDL readers?