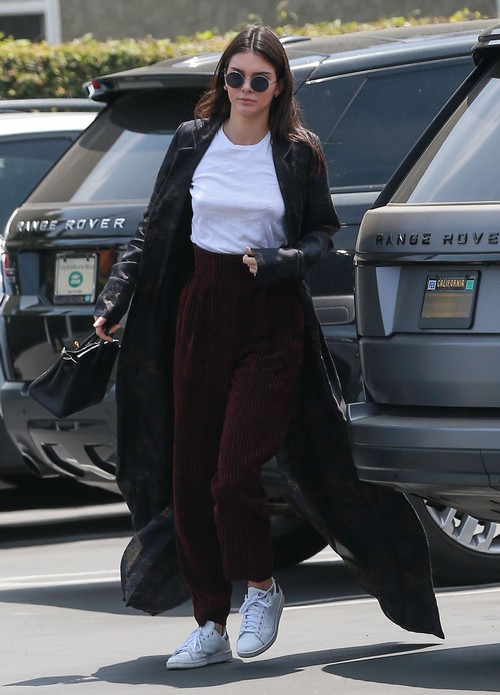 This week’s edition of OK! Magazine teases, “Leo couldn’t take his eyes off Kendall as she approached him. She’s the one Victoria’s Secret model he hasn’t conquered yet, but judging from her starstruck look, they may have sealed the deal that night. They were overheard trading numbers and vowing to ‘meet up later.’”

It’s no secret that Leonardo DiCaprio has a soft spot for young models. Hooking up with Leo is basically a right of passage in the model world. DiCaprio’s list of cat-walking ex-girlfriends is actually pretty impressive, and endless. So, it’s not absurd to consider the idea that he has been pursuing Kris Jenner’s famous daughter Kendall.

The thing is, Kendall Jenner doesn’t have a whole lot of romance in her life. Either she is one of the most discreet celebs EVER, or she really has no interest in guys. Considering all of the hot bachelors that have thrown themselves at her over the years, it’s hard to imagine that she suddenly had a change of heart and hooked up with Leonardo, of all guys. Sure, he’s rich and famous, which is right up her family’s alley.

But, Kendall appears to have a pretty level head on her shoulders compared to the rest of her sisters, there is no way she is not aware of Leo’s model fetish.

What do you guys think? Is there any truth to the rumors that Leonardo Dicaprio hooked up with Kendall Jenner? Share your thoughts in the comments below!