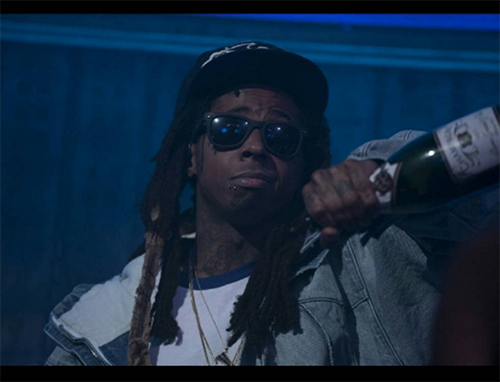 Lil Wayne‘s private jet was forced to make an emergency landing not once but twice today in Omaha. He has suffered two seizures and refused medical treatment. Despite his claims to have cut back on alcohol, Lil Wayne was spotted last night in Milwaukee knocking back drink after drink – in fact the drinks were in double cups which typically hold Sizzup.

After the first episode, the rapper walked back onto his private jet according to TMZ. After being in the air for mere minutes en route to California, the pilot was forced to make an emergency landing again.

Lil Wayne lost consciousness once more, and paramedics treated him on his jet. According to TMZ, at 1:30 PST, he was alert and again not allowing treatment, despite paramedics rushing to the airstrip.

If you’ve been following Lil Wayne’s career at all, then you’ll recall this isn’t the first time the rapper has made the news after suffering multiple seizures. Back in 2013, he told MTV how the seizures happen: “No warning, no nothing, I don’t feel sick. I get headaches real bad. And the headaches? I didn’t get no headaches or nothing.” He was hospitalized after two instances where he suffered seizures, causing many to have concerns for his health.

He took to social media afterwards, assuring everyone he was fine. He even went back to work, launching his new shoe line. We hope this time, he’ll slow down and take better care of himself.

Lil Wayne has claimed to have suffered from epileptic seizures since childhood. We don’t know why he would do something as reckless as to drink. Especiallly when seizures can be fatal. He is quite lucky to have regained consciousness and that others were with him to get him the help he needed.

Given his past experiences with this condition and how it’s been handled previously, Lil Wayne might be persuaded to check himself into the hospital in Omaha. We really hope he’ll accept treatment, even if it’s just for a night. Three years ago, while in the hospital in L.A., he suffered several seizures there. It might not be a bad idea for someone to keep a well-trained eye on him.

We hope the rapper is doing much better. Be sure to keep it here at CDL for all the updates for this ongoing story.