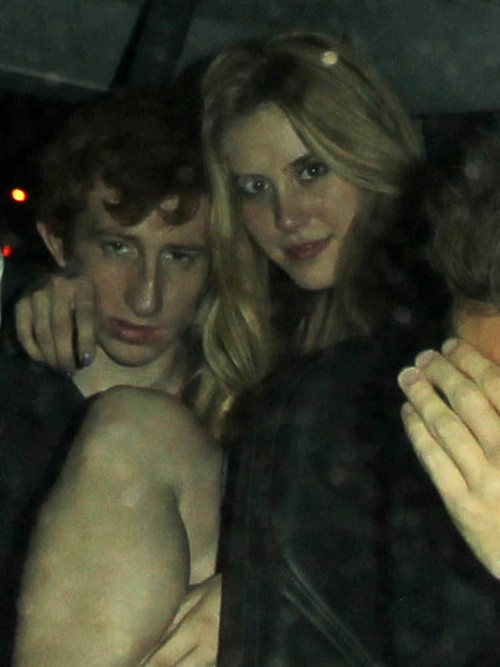 The Sun is reporting that he almost missed the birth though! The source revealed, “Briana’s mother Tammi went berserk at him in the hospital. He spent a lot of the time she was in labour sat in his car because Tammi wouldn’t let him near Briana.”

Ahhh… so it wasn’t necessarily Briana that was keeping Louis out of the hospital room, her mother was being protective of her daughter. That makes sense. The mother bear tends to come out in situations like these.

The source added, “He’s looked after her very well but Tammi feels it’s not enough. They are trying to work out a custody deal.” So is Tammi just wanting financial support for her grandchild, but wanting Louis out of the picture when it comes to custody? How will Louis deal with that? Do you think he will want to be an active part of his son’s life? 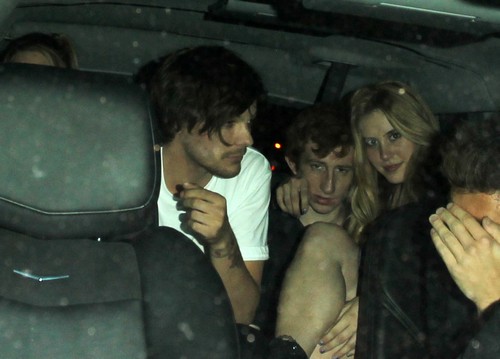 From the looks of his Twitter page, Louis is quite happy about being a new daddy. His most recent Tweets came in on January 23, which is of course the day after his son arrived. He said,

“I’m pleased to say my baby son was born yesterday :) He is healthy and pretty amazing :) I’m very happy!!” Then he added, “Daddy daddy cool” And finally rounded out his happiness with three consecutive smiley faces.

Louis Tomlinson is currently dating Originals star, Danielle Campbell and things seem to be going well for them. Could the baby being in the picture change things in their relationship?

We are still waiting on confirmation, but The Sun has reported that Louis and Briana have named their son, Sydney Rain. What do you guys think about that name? Do you think that Louis is going to embrace fatherhood? Or will he take a backseat and let Briana handle the parenting? Sound off in the comments below and be sure to check back here at CDL for all of the latest news on your favorite celebrities – and the other ones too!

I’m pleased to say my baby son was born yesterday :) 👶 He is healthy and pretty amazing :) I’m very happy!!