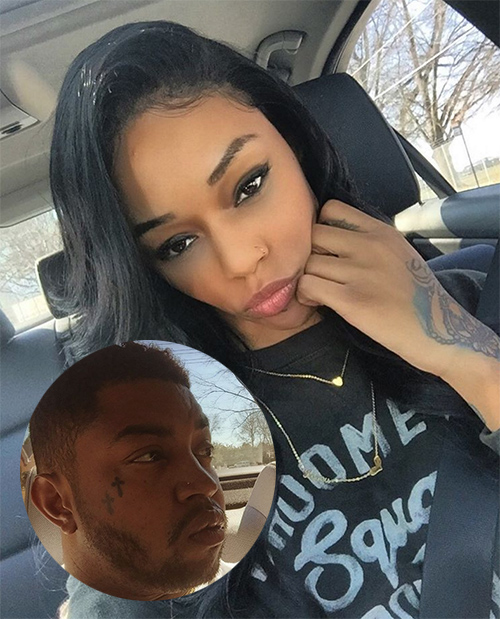 Love & Hip Hop Atlanta’s Lil Scrappy and Bambi have broken up – and are no longer dating. This isn’t the first time that Scrappy and Bambi break-up rumors have hit the internet and definitely not the first time at the Hip Hop couple have had issues, but it looks like this split is the real deal. Bambi and Lil Scrappy have both deleted photos of each other from their Instagram pages.

The Love & Hip Hop couple have had their fair share of issues on the VH1 reality TV show – but you will never guess what (or who) is the reason behind their break-up. According to an all new report from MTO, Bambi was caught cheating on Scrappy and missed his mother’s surgery – because she was busy canoodling with another rapper, Ciara’s baby-daddy Future!

Ciara and Future were engaged to be married, until their messy break-up over his cheating scandal with his stylist Tyrina. Since then, the couple has been caught up in a messy and very public custody battle over their son. Apparently, Future managed to find time between meetings with lawyers and throwing shade at his baby-mama, to party with Scrappy’s girlfriend Bambi.

MTO is reporting that Lil Scrappy and Bambi’s break-up went down after she was caught on a tour bus with Future! The website revealed, “word on the streets is that Scrappy caught Bambi – with FUTURE!! Scrappy’s fiance was allegedly BOPPIN with MR PURPLE PURP in his tour bus a few weeks ago.”

We were kind of looking forward to a Love & Hip Hop Atlanta wedding this season – but, honestly, this cheating scandal sounds way more entertaining. Here’s to hoping we get to watch the messy break-up all go down on Season 5, which is set to premiere at the end of March. So, LHHA fans, do you believe that Bambi cheated on Scrappy with Future? Is this break-up the real deal, or could they get back together? Let us know what you think in the comments below!