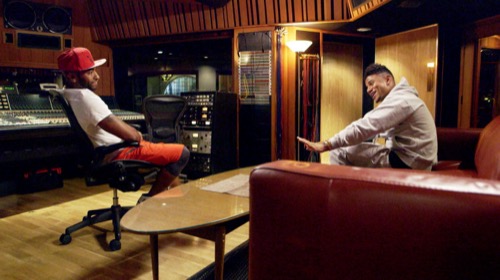 Did you watch last week’s episode where “Floyd “A1” Bentley and Lyrica Anderson’s housewarming party doesn’t go well? If you missed it and want to catch up, we have a full & detailed Love & Hip Hop Hollywood recap from last week, right here for you!

On tonight’s episode as per the VH1 synopsis, “Moniece “Kali” Slaughter gets even with Brandi Boyd; Ray J helps Safaree in his attempt to reconcile with Nikki Mudarris; and Willie Taylor tries to win Shanda Denyce Taylor back. Later, Princess Love’s problems with her estranged father resurface during wedding planning.”

This looks like the most TURNT @zumba class ever! #LHHH

On this week’s episode of Love and Hip Hop, Ray and Princess are making up the guest list for their wedding. Ray’s list is five pages long. Princess tells Ray, “I am jealous that your list is so much longer than mine.” Ray asks her, “What about your family?” Princess tells him, “I am not that close to my family. I didn’t grow up with my mom and dad. I haven’t spoken to my dad in ten years.” Ray says, “I can’t imagine not speaking to my dad for ten days much less ten years.” He asks her, “What about anyone else in your family?” Princess tells him, “I do have my grandmother on my Dad’s side, but she is always sick so I don’t know if she is going to make it.” Ray tells her “Don’t worry about it. I have your back.”

Moniece and Masika meet up at Moniece’s rehearsal for her performance. Moniece tells her, “I have a plan to get Brandi back for attacking me and calling me a bad mom.” She tells Moniece, “I found out that Max used to mess with Becky and one night Brandi went over to Becky’s looking for Max and ended up attacking Becky and being arrested. I plan to expose her even if that means ruining my own listening party.” Masika is on board with the plan to get back at Brandi for ruining her studio session with Max.

Max is talking with Fizz about his situation with Shanda. He tells Fizz, “I have to figure out a way to get my wife back and make up for all of the wrong I have done.” Fizz tells him “You know what you have to do. Get the ocean front room, have a nice dinner, get the rose petals and get your wife back.”

Princess is trying on wedding dresses with her friends. She is sad because her mom and none of her family are there. All of a sudden Ray shows up. Princess is shocked. She asks Ray, “What are you doing here?” Ray tells her, “I have a surprise for you. I’ll be right back.”

When he comes back, he has her Grandmother with him. Princess is surprised and happy. She asks her Grandma, “Have you talked to my dad?” Her Grandma says, “I did. He said to tell you that he was happy for you.” Princess says, “I want him to walk me down the aisle.” Her grandmother tells her, “You should. He said that he would love to do that. It is his job.” Princess is ecstatic.

Willie plans a romantic gesture for Shanda by planting rose petals all over the backyard. When she walks in, she is impressed but not moved. Shanda says, “Where has this guy been all this time? I think the only reason you are doing this is because you got caught.” Willie denies her accusation. He tells her, “I love you. I want us to get back together and be a family.” Shanda tells him, “I don’t think that’s possible right now. I have fought too hard for us. You didn’t. I wanted to set a good example for our children. Instead, you have me out here fighting a random girl over some mess that you created. I think our marriage does need to be fixed, but we can’t do it together. I need to focus on myself and our children right now.” Then she got up and walked away.

Princess and Brandi showed up to Moniece’s listening party not knowing what to expect. Moniece gets up on stage and blindsides everyone with the story of Brandi’s arrest at Becky’s house. Brandi gets really angry and jumps up trying to attack Moniece. They have to be separated by security.

Nikki and Safaree meet up to talk and Nikki brings out some girl that Safaree allegedly messed around with while he was in Miami. He tells Nikki, “She was a fan on the strip.” After a confrontation, he decides to get up and leave. When he gets outside, he tells Ray, “She tried the same thing with me that she tried with Rosa. Neither Rosa nor I are the problem. Nikki is the problem.”