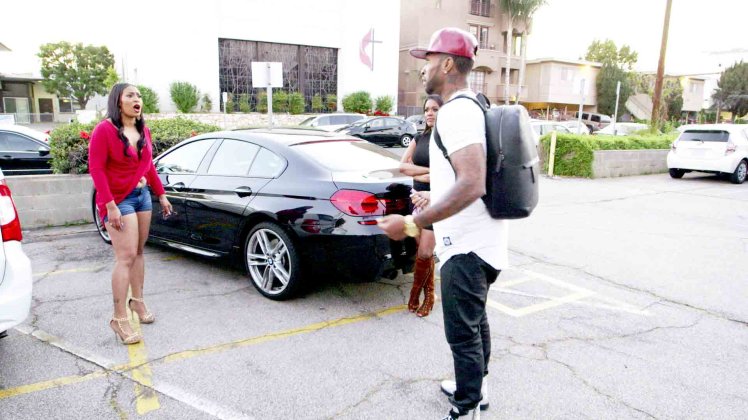 On the last episode, in the third-season premiere, Ray J and Princess’ wedding plans were thrown off track.. Did you watch the last episode? Did you miss it, we’ve got a detailed Love & Hip Hop Hollywood recap right here for you.

On tonight’s episode as per the VH1 synopsis,, “a woman from Willie’s past shows up, causing a rift in his marriage. Later, Ray and Princess address the prenup controversy; Moniece stirs up trouble; and Masika struggles with paternity issues.”

On this week’s episode of Love and Hip Hop Hollywood Shonda confronts Willie about the evidence that Kiyesha has brought to her showing that Willie and her have been having an affair. Willie tells her “That was my number. I’m sorry I must have been feeling myself that day,” Shonda tells him “I have her waiting. Come on let’s go.” When Willie comes face to face with the other woman a fight instantly ensues. Kyesha tells him “Are you serious? You have been hitting me up and you are always in my bed and you tell me you want a relationship with me.” Willie tells her “I never told you that I was going to leave my wife for you, No one wants you here.” He tries to take Shonda’s hand and walk away, but she pulls away and tells him “You two can deal with this. I’m done.”

Max has made some significant money which makes Brandi happy. He brings home the money and Brandi is super excited to see it. She tells their son Max “Say thank you daddy,” Max says “The one thing I know about Brandi is that when I give her this money it will be safe because she does not waste money at all.”

Masika comes back to town and is pregnant with Fetty Wap’s baby. She says “I never wanted things to go down like this, but now it looks like I have no choice.” She goes to meet with lawyers to discuss her options. She tells them “He is denying the baby and he told me that if i went through with the pregnancy I was on my own. I have had to take care of all of the prenatal expenses on my own. Is there any way to make him responsible for those?” The lawyer asks her “Do you want to go through the legal recourse?” Masika says “I never wanted to go through the court system, but I feel like i have no choice because I don’t want my child to see his dad on TV or hear him on the radio and wonder why he isn’t coming to see him.”

Back at Willie and Shonda’s house the argument continues. Shonda asks him “When was the last time you saw this girl?” Willie tells her “ got caught up when she texted me that her mother had passed.”  Shonda confronts him about the fact that Kiesha said that she was pregnant. Willie tells her “She just told me about that recently.” Willie asks her “What do you need me to do to make things better?” Shonda tells him “I want to sit down with this girl and for her to admit that she is lying.” Willie says “OK.”

Princess and Ray are preparing for their engagement party. Princess is still upset about Ray dropping the prenup bombshell on her. Princess says “This is Ray’s and my relationship, not Sonja’s. If signing a prenup is what it takes to be a Norwood then maybe I don’t need to be one because it makes me feel like Ray has no faith in our marriage,” While at the party Princess asks Ray’s sister Brandy to be her maid of honor. She tells her “I don’t have any sisters and I think of you like a sister.” Brandy tells her “I’d be honored.”..