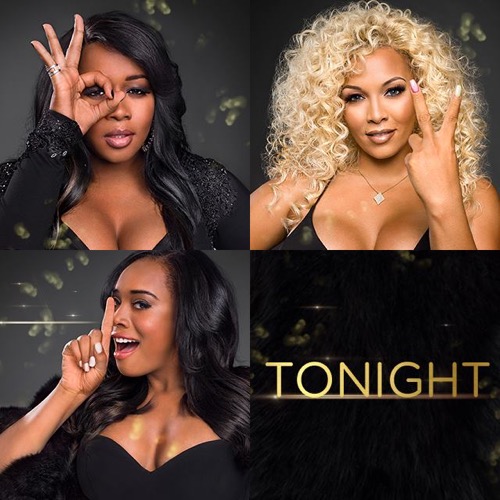 Tonight on VH1’s hit series Love & Hip Hop premieres with an all-new Monday, November 21, 2016, season 7 premiere and we have your Love & Hip Hop recap below for you.  On tonight’s season 7 episode 1, as per the VH1 synopsis, “in the seventh-season premiere, Remy Ma tries to get on the same page as Papoose; Cardi B struggles with her newfound fame and Yandy Smith-Harris has trouble keeping the family together during Mendeecees’ absence.”

On the season premiere of Love and Hip Hop New York Cardi B is back in New York and dealing with her new found fame. She has been reunited with her little sister Hennessy. The two of them are heading out for a night on the town. Cardi tells her “I won’t lie. I do miss the hood though.” Hennessy tells her “You can’t let the haters affect you. People hated on Jesus and he was a good man.” Cardi also talks about how her fame has affected her relationship with her boyfriend Tommy. She says “He wants me to settle down and have babies, but I don’t know if he is going to be right when he comes out of jail.”Rich,

Rich, Self and Cisco are getting together to celebrate. Peter is not there because he is dealing with his children with Tara and Amina. To make up for Peter’s absence Self introduces Snoop into the group. Self is trying to get Rich to hook up with a woman at the party. Rich tells him “I need to slow it down and find a woman to help change my diapers.” Self-laughs. He doesn’t believe that Rich is going to slow down and find a woman to be with.Yandy is still

Yandy is still struggling with Mendecees being away in jail. She says “Before Mendecees went to jail he sat us all down and asked that we stay connected so that the kids can all stay a part of each others lives. Since he has been away we have all failed to do that.” In order to try and reestablish connections, Yandy reaches out to little Mendecees mother Samantha and asks for a meeting. She tells her “I think we need to get the kids together and I know that Amir misses Mendecees. I was wondering when we could see him.”

Samantha tells her “I am not holding him from you, but before you see my son I think that we need to work out the issues between the two of us.” Yandy says “I never knew we had an issue.” Samantha says “I think you never reached out to find out that there was an issue.” The argument deteriorates quickly. Samantha says “I don’t know who you had my son around.” The two women begin yelling and screaming at each other. Samantha tells her “I’m done. I don’t want to continue having this conversation with you because you’re an idiot.”

Kimbella is now with Julez Santana and they have two kids together. He tells her “You know how much I have sacrificed to enjoy you and my family, but it is time for me to get back on top and make hit records.” Kim asks him “Why can’t you record in that amazing studio that you paid for?” He tells her “Listen babe the artist is not coming to record.” Kim is not happy to hear this. She says “As long as none of those women touch you or look at you we are all good.” He also tells her “I was also thinking about reaching out to Yandy.” Kimbella is not happy to hear this either. Jules tells her “I don’t like that you two are not speaking. I need you two to work out whatever your issues are.” Kimbella says “I’ll think about it.”

Cardi is flirting with her producer Swift when Bianca walks up. Bianca says “What is going on here?” Cardi says “It is all business I swear.” Bianca says “We’ll see.” Cardi says “There ain’t no we’ll see. It is strictly business.” The two ladies laugh.

Remy is getting ready to perform at MetLife Stadium. Papoose is so excited for her. After the performance, she asks him “Did you like it?” He is astounded by her question. She tells him “You have definitely taken your managerial position seriously.” Papoose says “Since you have said that I am going to take on a few more clients.” Papoose tells her “Don’t think I forgot about our deal. You said if I gave you your dream wedding you would give me a baby.” Remy tells him “Now is not the time. We are working on my solo album.” Papoose tells her “All right, but don’t forget.”

Snoop and her girlfriend Jade are walking down the street. Snoop is trying to get her to eat a corner hot dog. Jade says “I am not eating here.” Snoop thanks her for moving out there and putting up with her. Jade tells her “I have my own goals and dreams that I am trying to make happen.” Snoop responds “I support you in the pursuit of all of your goals and dreams and I love you.”

Yandy is working with Bianca on her photo shoot for her album cover. Julez stops by the photo shoot. Julez tells her “You and Kim have to get it together.” Yandy tells him “I have too much going on to deal with the emotional stuff right now.” Julez tells her “The last time I was on top I had you in the corner.” Yandy tells him “I never left your corner.” Jules says “I need you in the corner.” Yandy says “Tell me when and I’m there.”

Cardi is getting a smile makeover. Meanwhile Swift is in the waiting room of the Drs office on the phone with his girlfriend Asia who is in London. Asia tells him “I don’t want you turning up with Cardi B.” Swift tells her “You’re my lady.” After hanging up with Asia Cardi comes out and Swift goes back to the office. Cardi says “Hold my hand because you know I’m a big baby about everything.” Swift says “Cardi and I have a special relationship that goes beyond music. She doesn’t know I have a girlfriend and until I know where things are going with us I’d like to keep it that way.”

Jade and Snoop are having dinner together. Jade asks her “Are you going to be tired tonight?” While they are having dinner a couple girls come over and try to take pictures with Snoop. Jade flips out and tells them “We are trying to have dinner. She has a woman and you two need to go away.” When the women leave Jade loses it. She says “I am tired of living in your shadow.” Snoop laughs. Jade is very angry. She tells her “Keep laughing, just keep laughing.”

Kimbella goes to visit Yandy at her office. She tells Yandy “I’m here because I’m all the way lost.” Yandy tells her “Everything is all about you. My wedding was all about you. You were upset because you were front and center.” Kimbella tells her “I just wanted to sit next to you at your wedding.” Yandy tells her “You’re not there for me when times are hard.” Yandy goes on to tell her “No matter what goes on you are my sister.” Kimbella tells her “I want to be your sister.” The two women hug.