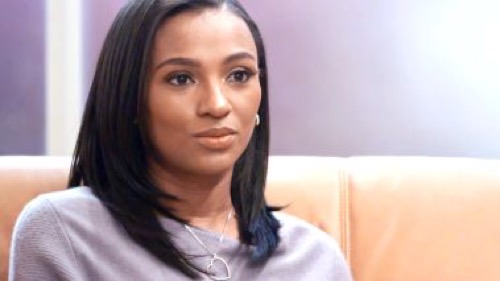 Tonight on VH1 their series Love & Hip Hop continues with an all new Monday January 18, season 6 episode 6 “Fallout” and we have your weekly recap below. On tonight’s episode, DJ Self is tempted despite his efforts to win back Yorma Hernandez; Peter  Gunz and Amina Buddafly try to move forward as a couple; and Tara Wallace makes a shocking admission.

On the last episode, Yandy learned the next step of Mendeecees’ legal case; Mariah received devastating news; Cardi B and Bianca took etiquette training; and Amina revealed the fate of her pregnancy. Later, Lexxy threatened to leave BBOD for good. Did you watch the last episode? If you missed it, we have a full and detailed recap right here for you.

On tonight’s episode as per the VH1 synopsis, “self is tempted despite his efforts to win back Yorma; Peter and Amina try to move forward as a couple; and Tara makes a shocking admission. Later, Remy Ma helps Rah Ali with a fashion show, but the event ends in a quarrel.”

On this weeks episode of Love and Hip Hop Rasheeda Ali goesback to work on a new line of Maxi dresses. Remy Ma stops in to pay her a visit and Rasheeda asks her to help out with a fashion show. However Remy has an issue with picking up the slack that Rasheeda and her partner are dropping and decides not to do the event.

Self and his 16 year old daughter Kayla were spending the day in the park and he decided to introduce her to Yorma. Yorma is impressed that Self is making the effort to include her as a bigger part of his life and the two hit it off really well.

Amina struggles to move on from Peter after she terminates her pregnancy. Peter decides to go home to Amina and try to work things out and save his family with her.

Since the argument between Lexy and Moe Moe decided to reach out and meet with Yandy again; this time as a solo artist and explains that she has decided to go solo and try to make it on her own. Yandy asks Moe if she is prepared to be a solo artist and Moe tells her that she is and that she won’t allow anyone to come between her and her dream. Yandy tells Moe that she would love to get her in the studio, but she needs to do some work and the two come to a verbal agreement to try and work together.

Mariah Lynn is shooting a new music video and dating Cisco. Rasheeda shows up at Mariah’s shoot and decides to manage her and gives her the opportunity to perform at the launch of her Maxi dresses.

Tara goes to therapy to move on from Peter and the drama that he has caused her with all his foolishness. Tara confesses to all of the things that Peter has lied about including his age and the number of children he had before he met her. Dr. Jeff asks Tara what she wants from him and Tara tells him that she needs to figure out what she can do to break free from Peter. She then confesses that she is pregnant with Peter’s baby once again.

Tara confesses to not wanting to tell Peter that she is pregnant with his baby. Dr. Jeff tells her that she can’t go forward without telling him and that she needs to do so in order to come up with a parenting plan. Dr. Jeff tells Tara that she has learned plenty of lessons in dealing with Peter and this one may be the biggest.

Self meets up with Cardi B to talk about starring in his music video even though he knows that Yorma will not like it. Cardi gets set up with a stylist named Rose who seems to have her eye on him for more than business.

Lexxy meets up with Rasheeda to talk about the argument between her and Moe and tells her that she has decided to quit the group and go solo. Rah tells her that she will support her as well as being her manager. Rah then mentions to her about the launch of the Maxi dress line. She asks her to model one of the dresses and Lexxy eagerly agrees.

Self goes to meet up with Rose to talk about his clothing line and he doesn’t inform Yorma. Rose has decided that she wants to get him to herself and she tells him that she wants to get to know him on a personal level. Self admits to being tempted by Rose, but tells her that she may not be interested in someone like him. Rose continues her flirtation with him going so far as to sit in his lap in the middle of the restaurant and he asks her if she “Wants to have sex in the middle of the restaurant?” Self decides that it wouldn’t hurt to be with her just once.

As Remy and Rah prepare for the show Remy becomes frustrated because Rah is late. Rah is late, showing up after the work is done. Rah says that Remy needs to stop complaining. Toya, the designer, shows up at the show and downs the decorations that Remy has worked so hard on. Rah steps in and tries to keep peace between the two women. Remy calls Toya a roach and says that Rah needs to get her out of her face. Remy tells her DJ to pack his stuff up and takes all the things that she contributed to the show and packs them up. Rah insults Remy and the two engage in a heated battle. Rah asks Remy if she “ever thought she would do something like this to her?” Remy responded by telling her that “No one crosses her once.”

As the fashion show is supposed to commence the argument between Remy and Rah rages on. Eventually Remy backs down and decides to allow the DJ to stay and work the show. Lexxy is not happy that Mariah Lynn is performing at Rah’s fashion show. She confronts Rah backstage about Mariah performing and Mariah overhears and informs Lexxy that Rah is her manager as well. Meanwhile the guests outside can hear the altercation going on backstage.