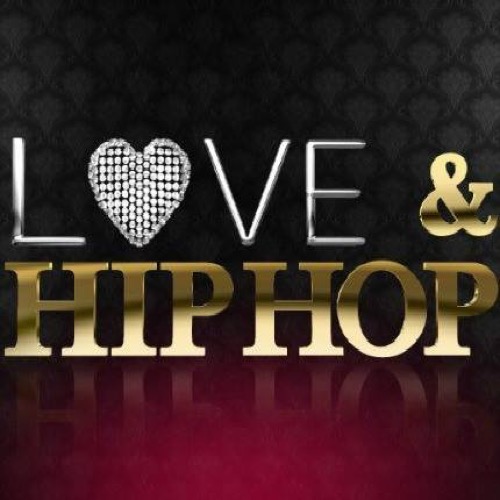 Tonight on VH1 their series Love & Hip Hop continues with an all new Monday January 4, season 6 episode 4 “The Bald and the Beautiful” and we have your weekly recap below. On tonight’s episode, Mariahlynn advises Cardi B to make things right with DJ Self.

Love & Hip Hop is an American reality television series on VH1. The series debuted on March 14, 2011, and chronicles the lives of several women in New York who are involved with hip hop music. The show has produced six successful spin-offs called Love & Hip Hop: Atlanta, Chrissy & Mr. Jones, The Gossip Game, This Is Hot 97, Love & Hip Hop: Hollywood, and K. Michelle: My Life. VH1 has renewed the show for a 6th season.

On the last episode, Cardi attended Mariah’s birthday party. But what’s interesting was learning that her boyfriend Self was also at the party with his other girlfriend Yorma. All hell broke loose after Cardi spotted Self and Yorma getting cozy in the corner. Did you watch the last episode? If you missed it, we have a full and detailed recap right here for you.

On tonight’s episode as per the VH1 synopsis, “Mariah advises Cardi to make things right with Self; Rich gets an unpleasant surprise; Cisco lands in a predicament.”

Mariahlynn had been so excited about her birthday party, but unfortunately for her, Self’s love life ended up causing a one of a kind scene.

Apparently DJ Self had been seeing both Yorma and Cardi B. And while things were supposed to be casual with Cardi B, she didn’t take it too kindly when Self tried to introduce her to actual girlfriend as just another one of his artist. So she decided to tell Yorma the truth about her relationship with Self and that led to a cat fight right there in the club.

And admittedly there weren’t any winners. Yorma was left feeling foolish about the whole thing once the ladies had been separated and she didn’t even want Self around her. But Cardi B on the other hand had Mariahlynn to set her straight.

After the party, Mariahlynn reached out to Cardi B because she had liked meeting her and she wanted to be there to offer some support. However, Cardi B wasn’t all that upset about Self seeing someone else. He was her man on the side and all she ever really wanted from him was for him to be honest with her.

So Mariahlynn gave Cardi some advice. She told her to focus on her career and to talk to Self to make sure they can still have a good working relationship. According to Mariahlynn, it didn’t matter what happened before but going ahead Cardi B shouldn’t be burning any bridges that might prove itself to be useful.

And that was advice Cardi took to heart. But it doesn’t seem like anyone else knows when to separate business from personal feelings. Especially as this thing between Moe Money and Rah had come nearly close to destroying B.B.O.D’s single release event.

Moe was ready if not quick to move on from her argument with her former manager. But her partner wisely pointed out that they needed Rah’s help to finish their event. And so later Lexxy didn’t even bother to talk to Moe about her decision beforehand – she just talked to Rah on her on own.

And thankfully she convinced the other woman to finish their event with them. Though Moe wasn’t at all upset when she heard what Lexxy did. In fact, she had been on cloud nine because her “boyfriend” was back in town.

Moe believed she was in a relationship as in a boyfriend/girlfriend relationship with Cisco Rosado so she was happy that he was in back in town. Mainly because she thought it was time for him to finally meet her family. However, Cisco was on an entirely different page than she was. For he didn’t think their relationship was that serious and at most he thought they were just having fun.

Hence Cisco continued to have fun while he was in New York and it wasn’t necessarily with Moe. Mariahlynn had come by the studio because she was looking for someone to produce her next hit. She had initially asked Rich for his help but she said he hasn’t been coming through for her. Which was odd because he had just hosted her birthday party.

But it looks like Rich had his hands full. His teenage daughter Ashley was supposed to live with him for the next two years while her mom was doing missionary work yet Ashley ended up destroying that plan when she chose to get a belly button. And to make matters worse she also posted a picture of it up on her Instagram where her mom then saw it.

And, well, that was the last straw for Ashley’s mother. Rich hadn’t been taking his daughter to church like Miracle had asked and Ashley wasn’t doing any of the chores that she normally would have done at home. So to Miracle, Rich wasn’t being responsible enough and the belly button proved he was acting more like a friend than a father.

Therefore, Miracle flew up to New York and she took Ashley back home with her. She said it was time for someone to take Ashley under a firm hand. And she had blindsided Rich with her decision by letting herself in at his apartment.

So Rich was going through some things. He thought he was going to have more time with his daughter and as it turns out their time together was cut short. Though Mariahlynn hadn’t known about all of that when she went to Cisco.

Cisco and Rich still have an issue from before about one of them breaking the bro code and Mariahlynn knew that. But she so had wanted to get ahead in her career that she ignored what Rich would have wanted in order to pursue something with Cisco and that led to nasty confrontation with Moe Money at the B.B.O.D. event. Moe and Mariahlynn were reintroduced to each other and when they found out they were both seeing Cisco – security quickly had to come in and keep the two women apart before they could hurt each other.

And when Lexxy saw for herself that Moe still couldn’t keep it together, at their own event, she began to wonder if Rah was right about going solo.