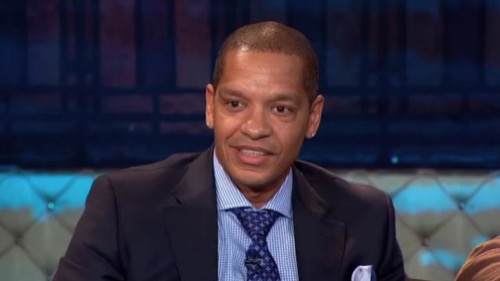 Tonight on VH1 their series Love & Hip Hop continues with an all new Monday March 28, season 6 episode 14 “The Reunion: Part 2” and we have your weekly recap below. On tonight’s episode it’s the conclusion of the reunion. The cast members react to Amina Buddafly’s big news; Yandy Smith gets into it with Samantha and Kim Vanderhee; Cardi B targets someone unexpected.

On the last episode, in part 1 of 2. Nina Parker reunited the cast members to discuss this season’s drama; Rah Ali confronted Yandy; MariahLynn and Cardi B targeted BBOD; Tara questioned Amina’s marriage to Peter; and Amina shared big news. Did you watch the last episode? If you missed it, we have a full and detailed recap right here for you.

On tonight’s episode as per the VH1 synopsis, “Conclusion. The cast members react to Amina’s big news; Yandy gets into it with Samantha and Kim; Cardi B targets someone unexpected. Later, DJ Self is forced to come clean when Cardi, Yorma and Rose compare receipts.”

This week on Love and Hip Hop the Reunion part two the show kicks off with Peter, Amina and Tara and the fact that Amina was pregnant. Nina asks Amina how she ended up pregnant and Amina says “We were in a good place and after I had the abortion we just got careless.” Tara tells Amina “Who has an abortion and then turns around and gets pregnant again?” Amina gets angry and tells Tara “You are the side piece and you’re mad because you thought getting pregnant would get Peter to come back to you and he won’t.” Then Amina calls her a “Mistress.” Nina asks Peter where the relationship between him and Amina stands and Peter tells her “I can’t speak for Amina but she is moving on.”

Nina then asks Amina where they stand and Amina tells her that she is moving out. Nina asks Peter’s daughter Whitney how she feels about the fact that both Tara and Amina are pregnant at the same time and Whitney tells her “It’s like a revolving door and it needs to stop.” Peter says “I am not in a relationship with anyone. I need to work on myself and until I can get me straight I can’t be with anyone else.”

Nina moves on to talk to Cardi B and asks her what she thinks attributed to her popularity over the season. Cardi says that it was simply “Me being me.” Cardi then tells them that she has a relationship with a man in prison and Nina asks her if there would be problems with her man when he comes out of jail. Cardi says “No, Tommy and Sellf know each other.” Self then tells everyone that he and Tommy have done business together. Nina asks Cardi “What’s the most you have ever gotten out of a man?” Cardi says she has had a man pay her bills for six months. Peter interceedees and says that “Any woman who acts like that and tells a man to pay her bills before he sleeps with her is nothing but trash.” This makes Cardi angry and she tells Peter “You have both Tara and Amina sitting up here pregnant and you aren’t paying either rent for either one.” Peter gets upset and tells Cardi to “go back to the basement.”

Up next is Self and his many women. Yorma is angry and upset to find out that Self has continued to have sex with Rose. Self says “I didn’t know whether I was in a relationship or not because the woman I was supposed to be in a relationship with was not picking up her phone.” Yorma gets upset and tells Self “You’re a liar because even though we had split up we were still dealing with each other.” Nina then asks Self if he slept with Rose and Self refuses to answer the question. Nina then turns the question to Rose who admits that they had slept together just a couple weeks ago. Yorma tells Rose and Cardi “We need to all go to the Dr. together.”

Up next Nina talks to Yandy, Samantha and the mothers of Mendecees other children. Yandy is tearing up watching the footage and Nina asks her how she is doing. Yandy says she “Is anxious for this to be over.” Nina moves on and asks Kim if the family will be able to come together to keep the children close. An argument ensues as Kim tells everyone that Yandy doesn’t take care of her kids and that she always has babysitters watching her kids because she is a busy business woman. The argument gets heated as Mendecees mom steps in and says that she “doesn’t know where all of this is coming from.”

Samantha then says “Yandy oversteps by picking up Little Mendecees from school and just taking him whenever. Yandy says “I do that because my husband asks me to and I love him and little Mendecess.” Mendecees mom then steps in and says “I don’t know where this is coming from because I call Kim and let her know that I am picking up Little Mendecees.” Samantha says “You should call me.” Mendecees mom responds by saying “No one can reach you because you never answer your phone.” This comment angers Kim and a fight ensues.

Nina reminds them that Mendecees wanted all of them to come together and wonders how he would feel if he saw them fighting like this. They then show footage of Mendecees as he turned himself in a few days before the reunion. Mendecees, Yandy and his older children are in the car and he tells his son “Remember you can come and see me as often as you want and I am going to call you as often as I can.” He then starts to cry and his mom tells him to “pull it together.” When they get there he gives Yandy his wedding ring to hold and then heads in to do what he needs to do. Nina asks Judy why it wasn’t ok for him to lose it emotionally. Judy tells her “ We were getting close to the facility and I wanted him to be ready for what he was about to walk into.”

Nina asks Samantha “After seeing the footage and how close Little Mendecees is to Yandy will you rethink letting her be part of his life?” Samantha says “Not at the moment. This is a discussion to be had at a later date. Yandy will have to call me and work things out.” Nina then asks if she will rethink letting Little Mendecees go to see his father in prison. Samantha says “No, I pulled myself together so I wouldn’t have to go through that again so I don’t feel sorry for him.”

This comment angers both Remy and Papoose. Remy tells Samantha “I know that as a mother your first concern is your son, but the prison system is designed to tear families apart. You should really rethink letting that boy see his dad if he wants to. The best thing I did for my kids was to stay connected.” When the show returns Remy Ma gives a live performance of her new song “Hands Down” which amazes the crowd. Ina asks Pap how she did. Pap says “She is like fine wine. She just gets better.” Nina then asks Cardi what she thought of the performance. Cardi says “She did good.”

When they come back from commercial they show a montage of season highlights. Then Nina goes around the room starting with Cardi. She and Peter apologizes to each other. Rich says ‘I’m in love with Moniece and I am going back to LA to get her.”