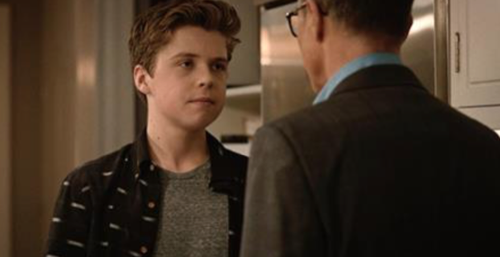 Tonight on CBS Madam Secretary airs with an all new Sunday, October 16, 2016, season 3 episode 2 called, “The Linchpin” and we have your Madam Secretary recap below. On tonight’s the McCord children get their own security detail as FBI Director Keith Doherty looks into the hacking of Jason’s  (Evan Roe) computer.

Did you watch last season’s when a storm destroys a naval base in Bahrain, Elizabeth (Tea Leoni) urges President Dalton (Keith Carradine) to reexamine his approach to climate change and his overall foreign policy, something that could jeopardize his re-election campaign? If you missed it, we have a full and detailed recap right here for you.

On tonight’s Madam Secretary Season 3 episode 2, “With Algeria on the brink of a civil war, Elizabeth delicately negotiates a regime change, but her plans go awry when Roy Curtis (Dakin Matthews), the trusted U.S. Ambassador to Algeria, dies unexpectedly. Also, Henry fights to save religious antiquities in Algeria when he discovers they are being destroyed by Hizb al-Shahid, and the McCord children get their own security detail after Jason’s computer is hacked.”

Tonight’s episode of Madam Secretary kicks off with Henry watching a terrorist video of HIz-Bahl-Shahid destroying a temple in Algeria. He rants to Elizabeth that there has to be something that they can do. Their chat is interrupted by their new security guard – he is investigating their family’s stalker. He needs all of their electronic devices, and each kid is getting their own personal guard.
Liz and Henry head home and tell the kids about the new security. They lie and say it is just routine security because of the election. Jason isn’t buying it though – he knows that something is up and their parents are hiding it from them.

Elizabeth heads to work – her team is waiting for her to make her statement on Algeria. Ambassador Curtis is scheduled to head to Algeria to swear in the new President, he is critical to the deal that Liz set into motion. Nadine barges in and announces that they have a problem – Curtis resigned and he’s refusing to go to Algeria. Apparently, he is furious that Dalton is running as independent in the election.

Elizabeth and Russell sit down with Curtis and try to convince him to do the right thing and meet with Haddad in Algeria, he can’t let his personal issues with Dalton’s campaign get in the way of such a huge negotiation. If Curtis doesn’t go to Algeria, there is no way that Haddam will sign the papers, transferring power to Arkoun.

Meanwhile, Henry heads to work and meets with an old pal to try and get funding to save the church that was destroyed in Algeria by the terrorists.

Curtis heads home and rants to his wife about Elizabeth, he’s sick of her “peace on earth bologna.” While he is stomping through his house and shouting, he has a heart attack and collapses. A few moments later, Elizabeth is called to Dalton’s office and learns that Curtis died. And, it gets worse, Haddad and the Algerians think that the US killed Curtis to ruin their agreement. Elizabeth announces that she will take Curtis’ place and go to Algeria.

The next day, Henry heads to Elizabeth’s office and meets with Jay. He explains that he is trying to salvage the priceless religious statues from the mosque that was destroyed in Algeria. He says that he got funding from the FBI to help them remove the statues.

Elizabeth lands in Algeria with Nadine and Jay – she meets up with President Haddad, and he isn’t too thrilled to see her. Haddad announces that he knows that Curtis was murdered by the US government. Haddad announces that Professor Arkoun will not be joining them, and he will not be signing the transfer of power, making him the new president of Algeria. Haddad says that Arkoun is a terrorist – he takes Elizabeth to the backyard and shows her that his men are preparing to execute Arkoun. They hang the professor right in front of Elizabeth – Haddad shouts that he will never leave Algeria as Elizabeth storms out.

Elizabeth calls Dalton and Russell and fills them in on Haddad. They need to make a move fast or else they will lose Algeria all together. Russell argues that making a power play on Haddad is a horrible idea, but the President agrees with Liz. He tells her to reach out to NATO and see if they have any military in the area. Meanwhile, back at the White House, Henry is still trying to save the religious statues in Algeria. Jay warns him that now is a horrible time, the US is literally gearing up for war in Algeria. After Curtis’ funeral, Elizabeth gets a phone call from Haddad. He knows that they are getting their military in position. Haddad is willing to step down, but he wants to hold an election and give the people of Algeria a chance to vote for their new leader – of course he plans on running for the office. Liz says that is not an option and ends the call.

After Curtis’ funeral, Elizabeth gets a phone call from Haddad. He knows that they are getting their military in position. Haddad is willing to step down, but he wants to hold an election and give the people of Algeria a chance to vote for their new leader – of course he plans on running for the office. Liz says that is not an option and ends the call.

Back at home, Liz and Henry are dealing with a bit of drama with Jason. He freaked out when they took his cell phone, and they learned that he had a secret Instagram page and has been drinking with his friends. He’s grounded for 2 months.

Henry fills Liz in on his quest to save the statues in Algeria, apparently, he has been working with Haddad’s General Cherat, Liz met Cherat when she was meeting with Haddad. Liz realizes that she has another way in to the Algerian government, she rushes back to the office. Something strange happens at Jason’s school. A whole team of SWAT members storms his school and arrests Jason because someone called the police and said that he has a gun. He doesn’t … someone was setting him up. It looks like the stalker has struck again.

Something strange happens at Jason’s school. A whole team of SWAT members storms his school and arrests Jason because someone called the police and said that he has a gun. He doesn’t … someone was setting him up. It looks like the stalker has struck again.

Elizabeth boards a plane back to Algeria and meets with Cherat behind Haddad’s back. She tells Cherat that she knows that he was working with the US government to try and save the religious statues. Liz knows that because he tried to help, it means that he cherishes his country of Algeria. And he cares about the Algerian people far more than Haddad does. Liz warns

Liz warns Cherat that his country will be attacked in less than an hour – but if he takes over as President, then the US will support him. Haddad marches in and interrupts their conversation and demands to know what is going on. Haddad tries to have Cherat and Elizabeth arrested by the military. But, Cherat pulls a gun out and announces that he is the new President and he made a peace treaty with the US. The army follows Cherat’s orders, accepts him as the new President, and removes Haddad from the country.

Liz’s trip was a total success. She heads home and Henry is waiting up for her. He got a report from the security detail, the phony 911 call was untraceable. And, someone left a letter in Jason’s locker, it says, “We Can Get To Your Family Any Time.” Henry tells Liz that they are going to have to tell the kids what is going on, they can’t hide it any more.