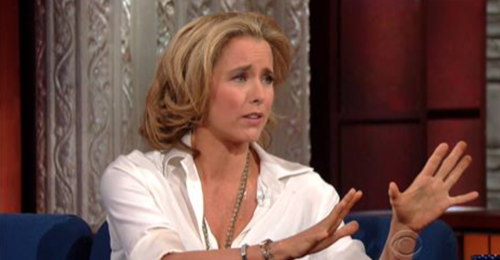 Tonight on CBS Madam Secretary airs with an all new Sunday February 21, season 2 episode 15 called, “Right of the Boom” and we have your weekly recap below. On tonight’s episode, a shocking event occurs on U.S. soil, which sends Elizabeth (Tea Leoni) scrambling for answers as President Dalton (Keith Carradine) questions how this was able to happen in the first place.

On the last episode, Elizabeth oversaw a mission to track down the culprits behind a uranium heist in Eastern Europe, while at the same time trying to prevent the dismantling of an important arms deal in Saudi Arabia, which was threatened by the apprehension of two American teenage girls who intended to join a terrorist group. Did you watch the last episode? If you missed it, we have a full and detailed recap right here for you.

On tonight’s episode as per the CBS synopsis, “following a shocking event on U.S. soil, Elizabeth rushes to find answers to President Dalton’s many questions about how it was able to occur.”

A terrorist attack so close to the capital has left those in power scared on tonight’s all new episode of “Madam Secretary”, however the nation’s Madam Secretary hadn’t been concerned about her own safety because she had a family as well as countless embassies/ consulates to think of.

So Elizabeth McCord had to immediately take action tonight and she put every American association overseas on lockdown while she sent Blake to go fetch her children as well get a status report on her husband. Thankfully the kids had called her the second they were safe to tell her that they were alright, but they didn’t know where the father was because he had gone back into the building to see to the wounded. And therefore no one had any idea if Henry had been exposed to the radiation poisoning.

But Blake managed to do what his boss, in spite of the chaos of a new ground zero, and he was able to connect Elizabeth to the doctor that was treating Henry. And unfortunately it wasn’t good news.

Henry had saved their children from being exposed yet he had destroyed his own chances of walking away unharmed by going back in. So he had gotten exposed and the only thing the doctor could tell Elizabeth was that they had to wait and see what the damage was. Which only put her more on edge.

And so Elizabeth didn’t want to be in the president’s war room, arguing with the Director of the CIA over semantics. She just wanted to be with her family in case anything were to change with her husband’s condition. Though, things in the war room weren’t exactly clear cut.

The same Director that clearly needed to be taken down a peg or two, even before the terrorist attack, had also taken things at face value in Moldova. And therefore it was that mistake that had left the US open to additional bombs.

Apparently, it had been Elizabeth and her people that had figured out their operatives had only recovered a small dosage of what had been stolen. Meaning there was eight kilograms of uranium out there that no one had known about. Which, as they were being updated, could already have been used to create three more radioactive bombs.

So the President had been told that their country was sitting on a knife’s edge just waiting for the next attack. And he in turn chose to give Elizabeth a certain of authority as she set about getting answers out of their so-called allies. Like the one that was currently harboring Tuwala.

Tuwala was essentially a terrorist in a three-piece suit and he could have provided the US with answers, but the embassy didn’t want to just hand him over until their government had a chance to debate the situation. Possibly to death.

Hence Elizabeth told her friends at his embassy that they had minutes to hand him over or she was simply going to send an armed team to collect him. And naturally Tuwala then found himself without friends, however Tuwala chose to commit suicide before he could be handed over. And later, once his suite had been thoroughly ransacked, Elizabeth was able to find out he had only been given two kilograms which had all been used in the bomb at the conference.

And so the President was told that he didn’t have to worry. All the uranium that had made onto US soil had been used and the remaining six kilograms could still be overseas. Which wasn’t honestly the greatest piece of news, but it did manage to pacify the war room who could then turn their focus on the others that had been involved with the bomb because Tuwala had not the head of a snake.

So Elizabeth was able to run over to the hospital to check up on her husband while the President and his team choreographed an aggressive show of power. And she had been with her family when they were told that Henry was in fact going to be ok. It seems that his exposure to the radiation had been minimal at best so now Henry was free to do things like rejoin DIA.

Henry apparently told his wife that he couldn’t sit back and do nothing when he had a chance at stopping another possibly attack down the line. But, then Elizabeth told her boss something that stuck with the President and he decided that Henry’s particular skills could be used elsewhere. And he kind of blocked Henry from rejoining DIA because of it/

The president was creating a task force that was answerable to no one and whose entire purpose was to find and capture Jirbal Disah. Disah, you see, had been the leader of the terrorist that attacked them and somehow he too had passed the CIA director. So it looks like the president was getting tired of mistakes and wanted to capture Disah by any means necessary.

And Henry didn’t even hesitate.

He told the President that he would take the job.