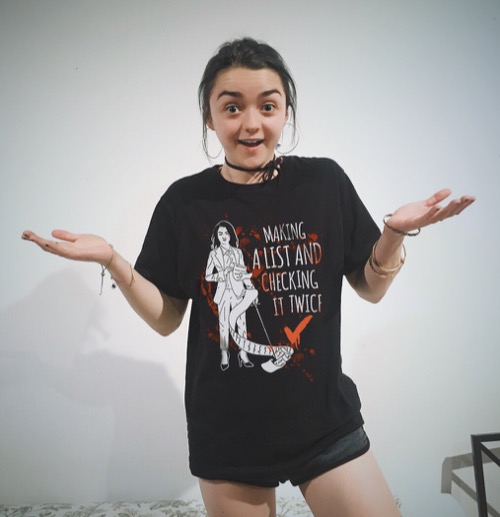 Maisie Williams portrays Game of Thrones’ Arya Stark, the younger daughter of Eddard “Ned” (Sean Bean) and Catelyn (Michelle Fairley) Stark. Although Season 7 will not be airing until the Summer of 2017, Maisie took to her Twitter account to share her thoughts on Season 7, and she is pretty sure that fans will agree with her.

The Game of Thrones (GOT) star recently revealed that she is up for an Emmy Award for her role as Arya Stark; be sure to watch The 68th Primetime Emmy Award show that will air on ABC in Los Angeles on Sunday, September 18th to see if she wins!

“Just finished reading Season 7. S—t gets REAL… I’d start preparing yourselves now… Scratch that, nothing will prepare you for this”, is what the GOT star tweeted; finishing it with “holy BALLS!”

Game of Thrones is preparing for the end of the series. HBO announces that Season 8 will be the final season. Fans of the show know how GOT does things, usually, the second last episode of the season is crazier than the finale, except for Season 6, where both episodes were insane. After seeing the end of Season 6, can you imagine what the last two season will be like?

It seems that Maisie Williams is not the only one who has shared their thoughts about the end. Kit Harington, who portrays Game of Thrones’ Jon Snow, in the series says, “It has been in my consciousness a lot. This mammoth, goliath event in my life, which has so much of what my 20s are, is going to come to an end. I think I’m going to really make the effort in these next 2 years to enjoy every moment of it, because I don’t know when I will get something like this coming around again.”

We just want to remind you that Game of Thrones is coming in the Summer of 2017, instead of the Spring. They have simply moved the debut to the Summer to accommodate the shooting schedule. Executive Producers, David Benioff and D.B. Weiss felt that the storylines for the next season will be better if production started a little later than usual when the weather is changing.

Are you prepared for the last two seasons of Game of Thrones, or as diehard fans are you feeling sad that the series is coming to an end? What would you like to see happen in the final seasons? 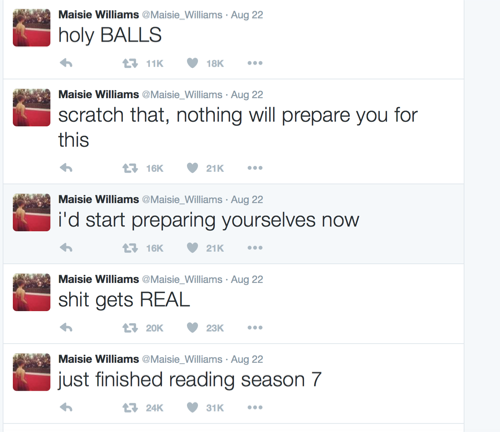