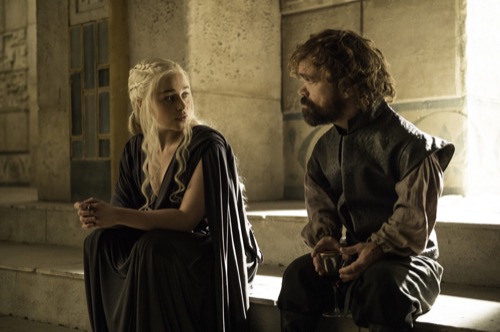 “Game of Thrones” season 6 closed to a jaw-dropping finale. Now that Daenerys Targaryen has set across the narrow sea, what will season 7 bring for its viewers?

Cersei Lannister (Lena Headey) is the Queen of the Iron Throne and now needs allies more than ever. Her best bet is to pair with Euron Greyjoy (Pilou Asbaek) who has a fleet of 1000 ships and a grudge against his niece & nephew Yara (Gemma Whelan) and Theon (Alfie Allen), Daenerys’ new supporters. Even though Cersei-Euron union will be no match for Dany’s army, her three dragons, Dorne and High Garden, but it will still be interesting to watch.

While Cersei is gearing up to make new friends, Jon Snow (Kit Harrington) may lose an important one. According to an interview with Variety, Sansa Stark (Sophie Turner) teases about turning on Jon in the seventh season of “Game of Thrones.”

“Game of Thrones” fans already know that every season is full of shocks and surprises. It is its very unpredictable nature that makes the show so exciting. Fans consider that the one thing to look out for will be Sansa’s changing chemistry with Jon in the forthcoming season.

It was already established that Jon Snow is not a Ned-bastard after all, he is a Targaryen. Jon is the son of Ned’s sister, Lyanna Stark, and Rhaegar Targaryen. There is a rumor that Sansa and Jon may get attracted to each other. However, there is another theory.

At the end of season 6, Littefinger planted a doubt in the head of Sansa as he roots for her to be the Queen of Winterfell, a right that she was deprived of as Jon Snow came in. Sansa feels like she has been denied the credit of winning the war, which would not have been possible if she didn’t step in, just in time with the Knights of Vale to help her brother in the battlefield. This sentiment may reign supreme and may instigate Sansa to join forces with Littlefinger.

According to fan speculations, while Jon Snow may be the King of the North now, that will not be the case for long. Since he is also a Targaryen, he holds a legitimate claim to the Iron Throne. He is could join Danaerys and her dragons to take the throne back from the Mad Queen, Cersei Lannister.

Meanwhile, HBO has confirmed a few changes for Season 7 of “Game Of Thrones.” Generally, GoT returns in the Spring but this time, loyal GoT fans will have to wait until Summer of 2017 before the show returns.  Not only will we have to wait longer but when GoT returns it will be cut from the usual 10 episode to 7 episodes.

What do you think GoT fans? Do you think Sansa is going to betray Jon?  Is she pregnant by Ramsay? Are you upset that GoT is reduced to 7 episodes?

Share your comments below and check back with CDL often for more Game of Thrones spoilers for Season 7 as shooting starts next month and inevitable leaks break out.