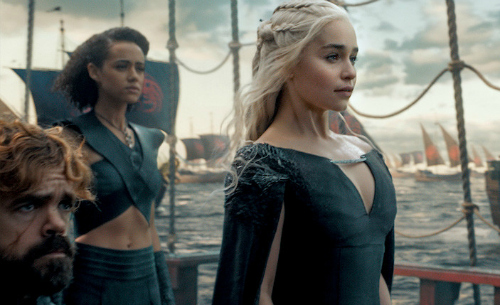 Game of Thrones spoilers for Season 7 are already exploding even though filming has not begun yet and the premiere won’t be until April 2017. But here’s a look at some predictions for Jon Snow, the Starks, the Lannisters and Daenerys and her dragons.

First off, if Game of Thrones spoilers are to be believed, there are just 15 episodes left in the series. That means a shorter Season 7 and 8 – or full Season 7 and Season 8 will be a halfie with just five episodes. There are two major storylines to close out in the two seasons left.

First is the Iron Throne and second is the White Walkers. No doubt the Iron Throne issue will wrap in Season 7 and all eyes will turn to the North for Season 8 as the walkers break through The Wall and invade Westeros. 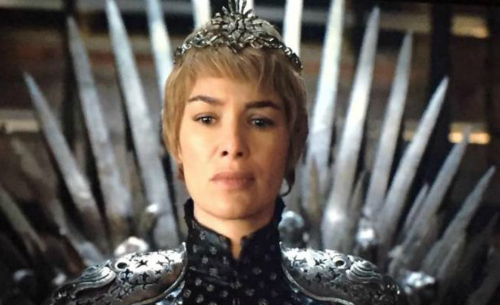 The Game of Thrones Season 7 premiere should kick off with the girl-power alliance. Daenerys Targaryen (Emilia Clarke) should stop off first in Dorne. Since Varys (Conleth Hill) was back on the ship with Dany and Tyrion Lannister (Peter Dinklage), that means he sealed the deal with the Tyrells and Sand ladies.

Dany should stop off in Dorne and meet up with Ellaria Sand (Indira Varma) to finalize battle plans. From there, what seems likely is a trip around the Southern tip of Westeros and up to the Iron Islands. Dany needs to take care of Euron Greyjoy (Pilou Asbæk).

There are two reasons for this. First, Dany made a pledge to Asha Greyjoy (Gemma Whelan) and Theon Greyjoy (Alfie Allen) to take down her uncle and install Asha on the throne there. Second, Daenerys could use all those ships that Euron is building as part of her King’s Landing siege. 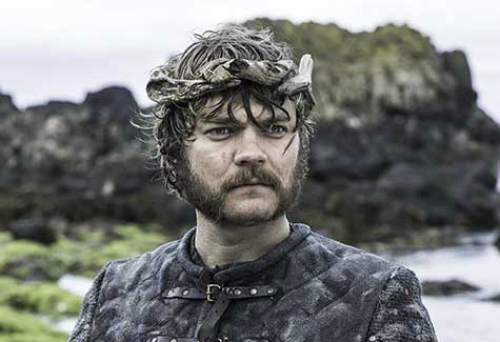 On the way to the Iron Islands, though, it’s a short stop at Casterly Rock that may be coming as well. Remember how Tywin Lannister (Charles Dance) told Tyrion he would never be Lord of Casterly Rock? Will Tyrion do a drive by and ask Dany to have Drogon burn it down for sport?

With the Iron Islands conquered and the Tyrelles on board, what seems like a good play would be for the Iron born to head back around the Southern tip of Westeros, with Asha at the helm, to flank King’s Landing from the sea.

Asha can stop on the way and pick up the Sand Snakes, their mom, and other Dornish fighters. Meanwhile, Daenerys and her Unsullied and Dothrakie horde, plus her dragons can come in from the other side via land. King’s Landing will be attacked on two fronts. 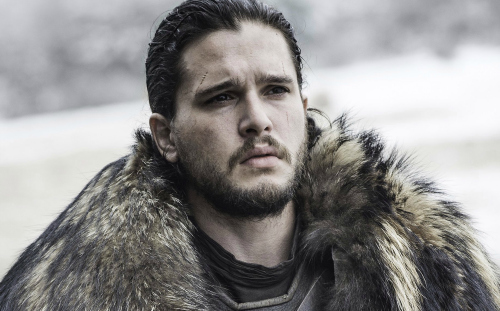 But here’s a notion. Will Dany find no opposition when she rolls up on King’s Landing? Sure Cersei Lannister (Lena Headey) is on the throne now, but will she be taken out by the unlikeliest of persons – her brother Jamie Lannister (Nicolaj Coster-Waldau)?

Think about it – Cersei’s antics have cost the lives of all of their children. Jaime also lost his beloved little brother because of her. They have no one left but each other and Jaime might find that Cersei loves the Iron Throne more than him – it’s what she’s always coveted.

Could Jaime pull a murder-suicide and take her out because he’s sick and tired of it all? Could the Kingslayer turn Queenslayer? Alternately, Arya Stark (Maisie Williams) may take care of Cersei for Dany. Arya has killed many on her list, but Cersei is still top-most. 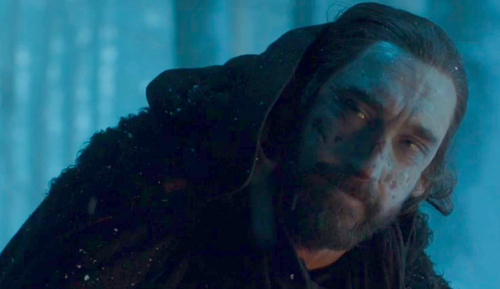 Now that Arya bested Walder Frey (John Bradley) and his sons, will she head South to King’s Landing – or North to Winterfell? Knowing Arya, South seems a good bet. Will she try and take out Cersei? Will she survive that effort?

Either way, the war in the South might be averted if someone unseats the Mad queen and Daenerys could be crowned with little fuss. But really, aren’t we all hoping for a bloody battle? Then again, the real trouble is in the North.

When Bran Stark (Isaac Wright) makes it to Winterfell, he can confirm Jon Snow’s (Kit Harington) claim to the Iron Throne. But Jon won’t care. He knows the Walkers are the real problem and will not turn his gaze South to King’s Landing. 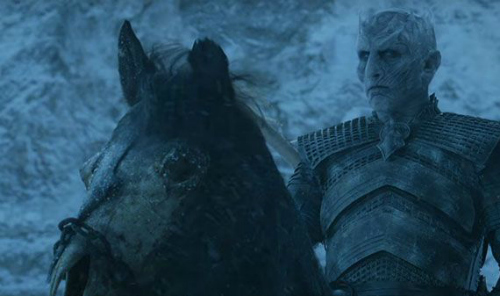 There’s magic in the wall holding back the walkers, but that spell will break perhaps tied to Benjen Stark (Joseph Mawle) aka Coldhands. He’s a hybrid of sorts – part wight, part human who didn’t morph because he was stabbed with dragon glass.

If Benjen is driven to the wall by the Night’s King (Richard Brake) and then through it, could that break the barrier spell and allow them through? Either way, we know they’re coming but it seems like that will be the big battle for Season 8, not Season 7.

Other characters that we wonder about for Season 7 Game of Thrones spoilers are Brienne of Tarth (Gwendoline Christie) and Sandor Clegane (Rory McCann). Will Sandor meet up with Arya again? She did “kill” him pretty much by abandoning him near death. 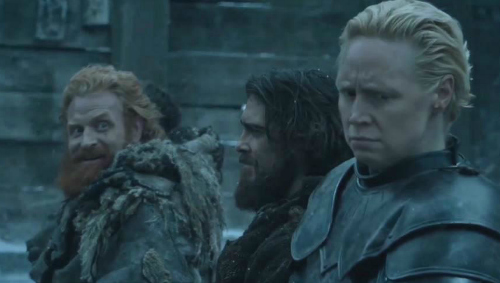 So if he’s functionally off her list, the Hound could head South with Arya since he should be the one to dispatch his horrid undead brother once and for all. As for Brienne, it seems like GoT fans are clamoring for her to hook up with Tormund Giantsbane (Kristofer Hivju).

Brienne deserves a little love in her life before she likely kicks it fighting the White Walkers. And at last, there’s a man who thinks she really is Brienne the Beautiful. Tormund is all about Brienne. Fingers crossed that they find love before death finds them.

What do you think GoT fans? What are you hoping for as Game of Thrones spoilers for Season 7 begin to leak out? Do you hope Cersei is still queen so we can see the stunned look on her face as Tyrion rolls into King’s Landing with dragons?

Share your comments below and check back with CDL often for more Game of Thrones spoilers for Season 7 as shooting starts next month and inevitable leaks break out.