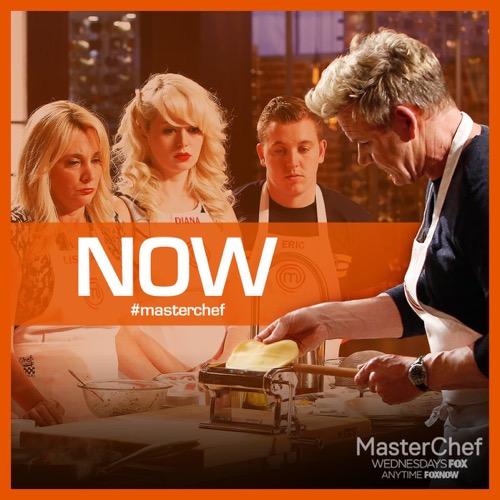 Tonight on FOX Masterchef returns with an all new Wednesday, July 6, Season 7 episode 6 called, “Gordon Ramsay Masterclass,”  and we’ve got your MasterChef recap down below! On tonight’s episode Ramsay demonstrates how to properly deconstruct a lobster. The 16 remaining home cooks then have 25 minutes each to kill, poach and shell a lobster, with the winner choosing which team he or she will join for the next field challenge.

On the last episode, after a dramatic elimination, the remaining 17 home cooks were greeted by Chef Ramsay and Tosi, as well as special guests Season Six winner Claudia Sandoval and guest culinary judge Aaron Sanchez, as they revealed the next mystery box challenge. Did you watch the last episode? If you missed it, we’ve got our MasterChef recap right here for you.

On tonight’s episode per the FOX synopsis “this week, the remaining 16 home cooks get a very special treat leading into the next challenge, as Chef Ramsay demonstrates how to properly deconstruct a lobster. They will then each have 25 minutes to kill, poach and shell a lobster, just as they learned from the master, and the winner will have the advantage of choosing which team he or she will join for the next field challenge. For the second part of the challenge, Chef Ramsay demonstrates how to make lobster tortellini in a seafood broth. The contestants have 45 minutes to recreate Ramsay’s dish.”

Don’t forget to join us for our live recap tonight at 8:00pm when MasterChef Season Seven on Fox airs. While you wait for the MasterChef recap, let us know how you like the seven season of MasterChef.

The Top 16 were in for another Masterclass on tonight’s episode of “MasterChef” when Chef Ramsay decided to teach them all how to kill, poach, and, shell a lobster.

However, these classes that seemingly get harder and harder was a bit much for the Top 16. Some of them had never cooked lobster much less kill one because they thought such things were for people that went to culinary school. So it’s probably safe to say that they needed more than just one class before anyone could replicate exactly what they had seen someone like Ramsay perform (for it was a performance) yet all the same they did try their best with the time they had been given. Even if that time was a mere twenty-five minutes.

In that twenty-five minutes, though, everyone was able to get what they needed. So the rest was simply up to skill and careful handling. Who had the skill and the gentleness required to deal with something as tough as lobster? For that was a true test, not just how well they could follow Ramsay. The judges as well as tonight’s guest judge Aarón Sanchez had all felt that lobsters were something every chef, especially the ones that dreams of owning a restaurant one day, should know how to cook so they had paid special attention to the contestants tonight. And what they saw astounded them.

Three contestants stuck out as the worst and they were all surprising. There was Andrea who had forgotten the technique that Ramsay showed her because she had tried to remove the lobster tail with scissors in failed attempt to get it perfect however there was also Nathan who looked woefully out of depth and a struggling Diamond that had tried to get over her aversion with things with eyes. Diamond as it turns, was a vegetarian was so she was unfamiliar with killing anything because she has always stayed away from live creatures. Yet, out of three that were struggling the most, Diamond ended up being the one that turned it around somehow.

Diamond had struggled with even touching the lobster at first, but towards the end she was able to do what needed to be done and remove the meat from both tail and claws perfectly. Though that wasn’t something many others could claim. Nathan had failed to impress the judges with the meat he managed to extract so he wasn’t safe from the elimination challenge. And Andrea too had let the judges down because she had also lost some of her spark as she dejectedly showed off what she was able to do with her own lobster.

So it was all a bit disappointing for the judges. They thought they had seen both Andrea and Nathan come out of their shells (no pun intended) yet it seems like they still have a long way to go. But the one person that managed to impress the judges the most with what he was able to do with his lobster was Alejandro. Alejandro had gotten out everything and then some. He removed perfect pieces of meat from the lobster and also managed to extract an additionally, piece that he merely put on the plate because it was meat.

And so Alejandro went on to win tonight’s MasterClass challenge though Chef Ramsay had an unfortunate surprise for those that were cooking in tonight’s Elimination Challenge because for some reason, he decided to hit them with another MasterClass in finesse. Finesse was what many that failed with the lobster shelling lacked. So tonight’s Elimination Challenge was supposed to be a redemption round. Yet, replicating Chef Ramsay’s signature Lobster Tortellini proved to be the downfall for far too many.

Ramsay had again showed them how to cook the Lobster Tortellini and what to use, but they were still a few that went off script. Firefighter Eric had used the wrong cutting tool for his pasta so the actual Tortellini part was a lot smaller than Ramsay’s. However, Eric was able to redeem his dish with the flavor. The judges were able to detect the lobster in spite of how small the tortellini were and the broth was ok. Not the same as Ramsay although just close enough to pass muster.

Diana however gad tried to make her dish so visually similar to Ramsay’s that she failed on technique. So while her dish looked beautiful, it was an absolute failure. The tortellini itself were either average or they had burst without her knowing and that had allowed the broth to turn into bubble gum. Though the one thing that Diana’s dish had going for her was the fact her broth wasn’t too bad.

But Andrea outclassed everyone when she shined in this elimination challenge. Andrea had been able to replicate everything and the judges had loved seeing her with her confidence back. So Andrea did at least leave up to what the challenge was about because she redeemed herself and proved that she was in fact a great cook. And that’s why she staying in the competition.

Nathan on the other hand had only barely clawed his way back. Nathan had cooked perfect broth, but his tortellini was a hot mess. So it was the broth that saved him because who knows what the dish would have ended up as if it hadn’t been tasted with that broth. Yet, luckily for Nathan, there was this one contestant that made a much out of everything she tried. And that was Lisa-Ann. Lisa-Ann had been struggling in this competition for a while now though tonight’s was a new low.

Lisa-Ann had started out cooking her broth before she even concentrated on the pasta. So at one point, Ramsay had to go over to her station and warn her about getting her act together. Though in return she nearly burnt off his eyebrows as she went ahead to adding alcohol even as he warned her to focus on something else. And so Lisa-Ann started out as a mess as she was cooking the dish and ended as a mess when her final product tasted horrible.

Her Tortellini had burst so that affected the lobster inside and the broth itself was also salty. So salty that Lisa-Ann choked on it when Ramsay asked her to taste it for herself. And you know what means? It meant she had never tasted the dish before serving to unwilling judges.

Therefore, it wasn’t a surprise that Lisa-Ann was eliminated on tonight’s episode. She and Diana had been in the bottom two, but everyone knew that it was Lisa-Ann going home because there’s no way she could have stuck around after that Lobster Tortellini.