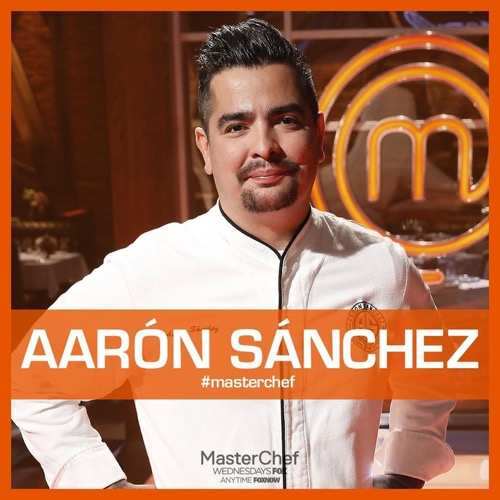 Tonight on FOX Masterchef returns with an all new Wednesday, June 29, Season 7 episode 5 called, “Top 17 Compete,”  and we’ve got your  MasterChef recap down below! On tonight’s episode, the Top 17 cooks compete using guest judge Aarón Sánchez’s favorite ingredients in a 60-minute mystery-box challenge, and the winner is guaranteed safety from the next elimination.

On the last episode, in their first MASTERCHEF field challenge, the Top 18 home cooks were divided into two teams where they had to prepare appetizers and entrees for a very special guest and a member of the MASTERCHEF family, season 6 contestant Nick Nappi on his wedding day!  Did you watch the last episode? If you missed it, we’ve got your MasterChef recap right here for you.

On tonight’s episode per the FOX synopsis “after a dramatic elimination, the remaining 17 home cooks are greeted by Chef Ramsay and Tosi, as well as special guests Season Six winner Claudia Sandoval and guest culinary judge Aaron Sanchez, as they reveal the next mystery box challenge.

Each contestant will have 60 minutes to create his/her own unique dish using a number of Sandoval’s favorite ingredients. The winner of the challenge will not only be safe from the next elimination round, but will also help in deciding the fate of three other contestants in the elimination. Find out who is saved and who survives elimination.”

The remaining contestants were in for another Mystery Box challenge on tonight’s episode of “MasterChef” when returning alumni Claudia Sandoval decided to give them a little gift.

The winner of Season 6 was used to the Mystery Box platform so she knew how to throw a real challenge at the remaining seventeen however everyone including the resident Venezuelan chef was thrown when it was revealed that they would have to cook with traditionally Latin ingredients. With ingredients like that, the only thing that the contestants could make was a Latin dish and so the main Latinos there had quickly wondered if this challenge would either give them the recognition they would need to stay on or sink them if the Latinos were outcooked by someone unfamiliar with the culture. So Alejandro was definitely worried about this challenge while someone like Andrea thought she could rise to the occasion.

Andrea began this competition believing she could add Latin flair to anything. So this challenge really was created for someone like her yet there were some later technical errors that counted against her. Andrea it seems had brought the heat with Spot Prawn Al Ajillo with Grilled Cactus and Stuffed Poblano so her dish was definitely flavorful. But what counted against her was that she may have overwhelmed with some of the heat and she could have used a little more seasoning. Guest Judge and renowned chef Aarón Sanchez had loved her dish though he did also have a few criticisms for it like something not being cooked as well as he would have liked.

So that ended up working against her and Christina felt like the seasoning on her prawns could needed a little more garlic just to make pop. However, Alejandro who had been so quick to doubt himself had surprised the judges when he managed to cook with every protein in the Mystery Box challenge and come up with his version of the Arepas Three Ways. The judges loved that dish so Alejandro could have easily won with if there hadn’t been Tannoria. Tannoria who didn’t have a single drop of Latin blood. Tannoria had put a Latin spin on an old Southern comfort food recipe and funnily enough it was her Roasted Shrimp with Poblano Creamed Corn and Avocado Crema that won the second Mystery Box in this competition.

And as the winner of the Mystery Box challenge, it was Tannoria that got a major advantage over everyone else for tonight’s second challenge. Tannoria had found herself exempted from having to cook for the second challenge so her advantage was that fact that she got to choose whatever the remaining sixteen would have to cook for desert and it turns out that Tannoria could also choose to exempt three others from elimination as well. Though she couldn’t pick the three to save until there was little a few minutes to go before time was called on the second challenge. So Tannoria had been given a lot of power and it actually hadn’t taken everyone that long before they tried to beg her for an exemption.

Tannoria though had picked a tough desert for everyone so it wasn’t until she saw many failing at baking a pie that she truly began to feel bad. From her view up on the balcony, Tannoria saw some try experimental pies and others just lose the plot all together. There was one contestant that had everything go wrong on her. She had a crust that was yokey as in just looked like uncooked egg on graham cracker crumbs because she had tried to add cheese to it and berries on the stove that had turned into mush. Although cheese seemed to be something that everyone thought would elevate their pie.

There had been another contestant who added cheddar cheese to her humble apple pie and she hadn’t wanted to be exempted because she thought the judges would love it. So after Tannoria chose the three others that she wanted to save in order to beat them on another if not better day, Brandi confidently showed off her Apple & Cheddar Pie with Maple Bacon and Pecans to the judges. And Ramsay showed her how wrong she had been with her pie choice when he tried to cut into, but it literally fell apart before he could put it on a plate. The crust hadn’t been as firm as someone with her skillset should have made it out to be so she had undercooked it.

And later she got to hear her pie be called a horror show. A horror show that didn’t not even taste all that good because the cheese had been overwhelming. Yet, Terry’s Blueberry Pie with Sugar Crust had been called perfection. The crust had held up when Christina took a slice of it and both she and Ramsay had simply loved the taste. Ramsay had said that it was one of the best pies he had ever seen and Terry clearly had a foot over Brandi.

But Lisa-Ann who had cooked a Berry Pie with Mint, Chocolate, Orange Zest and Mascarpone was the one from earlier. Lisa-Ann had had everything go wrong on her and surprisingly her pie hadn’t been all that bad. There had been way too much ingredients involved though Christina said that there were a few things that somehow managed to work. So Lisa-Ann wasn’t part of the bottom three while someone who had grown up baking pies (aka Brandi) was.

Brandi, Brittany, and Eric had made the three worst pies on tonight’s episode. However, the judges felt like Eric and Brandi still had untapped potential. So the judges chose to save both Eric and Brandi and tonight they sent Brittany home.