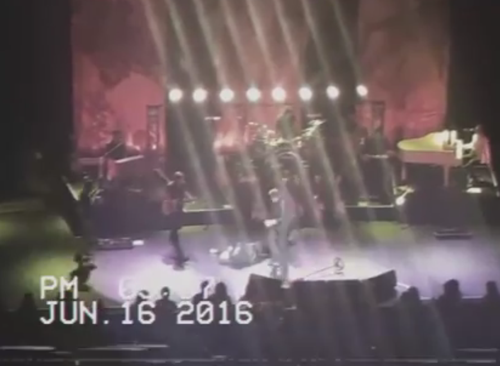 A serious incident unfolded at Meat Loaf concert on Thursday night, June 16. Multiple outlets are reporting that the 68-year-old singer collapsed while performing the popular “I’d Do Anything for Love.” The scare occurred at about 9:40 p.m. local time at the Jubilee Auditorium in Edmonton, Canada.

Meat Loaf (aka Michael Lee Aday) fainted mid-song as stunned concertgoers watched nervously. Several people rushed to the stage in an attempt to awaken Meat Loaf, who was out cold. The crowd initially fell silent, but later chanted Meat Loaf’s name and applauded to show their support.

An ambulance was called and Meat Loaf was reportedly taken to a nearby hospital. Global News received confirmation from Alberta Health Services regarding a patient that was admitted from the venue. The reason for the stay was listed as a “fainting episode.”

Just a few days earlier, Meat Loaf was forced to cancel another concert in Calgary, Canada. He was feeling ill and couldn’t go on.

There’s no news on Meat Loaf’s current condition, but we’ll give you updates if hear about any major developments. It’s clear that Meat Loaf’s fans were really shaken up over the whole ordeal.

Videos have been spreading rapidly on social media. Let’s hope Meat Loaf will have a speedy recovery after this frightening ordeal.

A little side note – apparently Meat Loaf lip syncs as his crew had to turn off his song and his singing several seconds after the star was collapsed on the stage unconscious.

What do you think about Meat Loaf’s sudden collapse? Should Meat Loaf slow down in light of his apparent health issues? Voice your opinion in the comments below and don’t forget to check CDL often for the latest updates and entertainment news.

Update: Meat Loaf’s Facebook page says that the singer is doing well and attributes his collapse to dehydration. 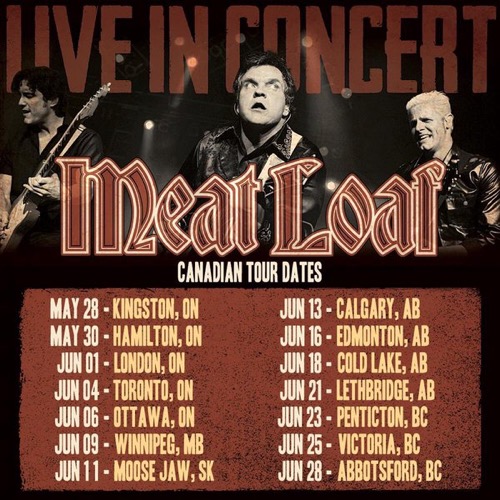