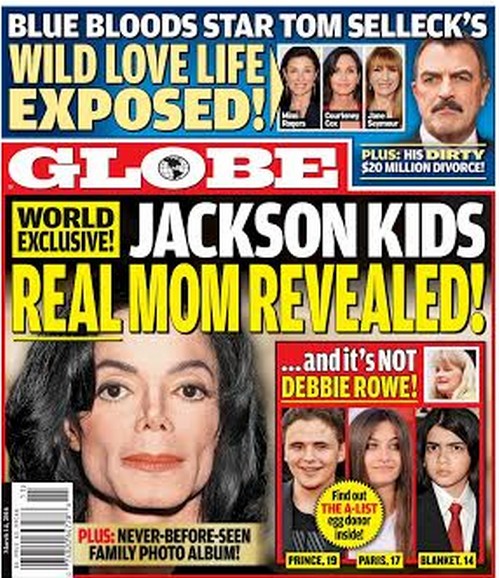 Michael Jackson’s diary entries indicate that Vanity, not Debbie Rowe, is the real mother Prince Jackson, Paris Jackson and Blanket Jackson. The singer and Michael reportedly had a secret friendship and Vanity agreed to donate her eggs so Michael could be a father.

The Jackson family has tried to keep this a secret, but somebody was able to read quite a few entries in Michael’s secret diary and is exposing the truth about Prince, Paris and Blanket’s actual biological mother

An insider revealed to GLOBE that Michael thought Vanity, who died on February 15, was absolutely stunning and believed they would have the most beautiful children. In one of the entries the source read Michael sounds like a giddy teenager. “I’m the luckiest man in the world! Vanity agreed to make me a Daddy!” Another reads, “I can have my own army of children!”

Getting Vanity, whose legal name was Denise Matthews, to agree to have her eggs harvested not once, but four times, was apparently quite the coup for Michael!

Vanity was the protégé of Prince, Michael Jackson’s biggest musical rival of the 1980s. Michael and Prince’s lover would allegedly talk for hours and hours on the telephone. Though the insider maintains Vanity was extremely loyal to Prince she absolutely adored Michael “and would do anything for him.”

Was Debbie Rowe, who is listed as the biological mother of Prince Jackson and Paris Jackson, the gestational surrogate for Michael Jackson? Was she carrying a baby created with Vanity’s eggs and Michael’s sperm? Debbie has continually maintained that these claims are false.

However, the insider who read the diary entries says, “Michael clearly noted in his diaries Vanity is the mother of all three of his children, including his younger son, Blanket.”

No one knows for certain who was Blanket Jackson’s surrogate, but the insider says Denise Matthews is definitely his biological mother. There has been speculation that a woman in Sweden was chosen to carry Michael’s third child. The insider says that no one will probably ever know unless the woman decides to come forward and tell the world.

It’s convenient that this secret came out just a couple of weeks after Vanity died and cannot speak up in her own defense.