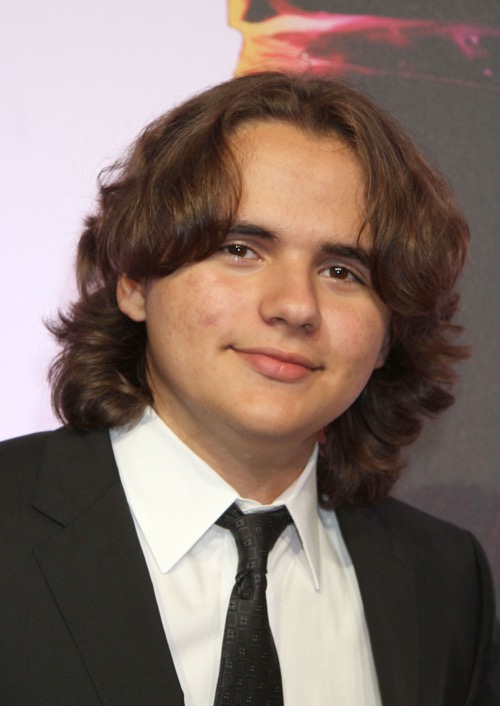 The 18-year old son of the late King of Pop handled the cyber-bullying maturely. “The blood of the covenant is thicker than the water of the womb” I was raised by my dad with my brother and my sister,” Prince Michael replied. This statement on Twitter is the closest Prince Michael has ever come to admitting that he may not carry Michael Jackson’s DNA.

It appears the Twitter account set up by AdamKrone6 was created on October 4 and that’s when the attacks on Paris and Prince Michael began. The Rowe-Klein the tweet refers to is Prince Michael’s biological mother Debbie Rowe and his rumored biological father – the late Michael Jackson’s dermatologist Dr. Arnold W. Klein. The good doctor did nothing to dispel the rumors – instead he fanned the flames of the controversy in 2013 when he posted a photo of Michael, Jr. alongside an old picture of himself.

Paris Jackson has been in a fragile state lately and has the Jackson family worried she may attempt suicide again. Recent reports say that Paris is close to a mental breakdown – and hasn’t seen her biological mother Debbie Rowe in over a year. A Jackson family insider says revealed that the aspiring young singer appears to be in an extremely fragile state. “She grabs hold of [Chester Castellaw’s] face and sings, ‘This is my baby, if you flirt with him, touch him, talk to him, think about him, or even look at him, I will slit your throat.’”

Even if Paris didn’t have a history of a battle with mental illness this would be absolutely frightening. This latest attack on Twitter can’t be good for Paris’s mental health but at least she has her older, wiser and stronger brother Prince Michael to support her if she ends up in an even more fragile mental state. 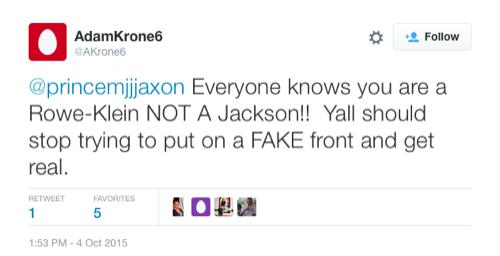