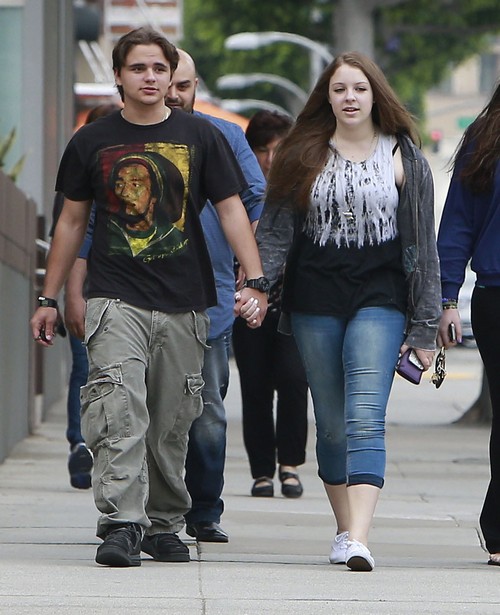 Debbie Rowe is about to start an all-out war with the Jackson family. According to reports, Debbie wants to go to court to get custody of her two children with Michael Jackson [Paris and Prince], and she’s so worried about their living situation that she would gladly take Blanket as well.

Debbie claims that although she does like Katherine Jackson and that Katherine has the best interests of the kids at heart, she’s gotten too old to ‘connect’ with the kids in any meaningful way. And while TJ Jackson is a co-guardian of the kids, he’s too often away on tour or away for business reasons to really have any effect on the children or their living situations.

Also, Debbie’s reportedly worried about Michael’s other brothers being a negative influence on the kids, especially since they’ve been spending a lot of time at the house and have influenced Prince to develop a ‘filthy mouth’. Apparently, he’s also become incredibly rebellious because ‘no one is trying to keep him in line’.

Sources also add that while Debbie’s not particularly fond of any of the brothers, she has a particular dislike for Jermaine Jackson, who she considers ‘creepy‘ and ‘inappropriate‘.

Basically, she thinks that Michael’s family are terrible influences on the kids, and she wants to remove them from that situation. Of course, there’s also Paris’ suicide attempt last year and her long process to recovery, but Debbie claims that she doesn’t think the recovery will hold if Paris returns to the Jackson household. Apparently, there are far too many triggers there that could set Paris off, including the extended Jackson family members.

Sources tell TMZ that Debbie is planning to file for legal documents asking the judge to grant her guardianship of the kids, so she can move them to her place as soon as possible.

Now, the first thing that jumps to mind if that Debbie’s looking for a pay day – after all, the Jackson kids are worth a ton of money, and anyone who has guardianship of them will get access to that money. But the sources add that Debbie hasn’t asked the Jackson estate for any money, and she’s not planning to. Like we believe that? So it looks like Debbie is just genuinely interested in giving the kids the best environment to live in – the ones she sold to Michael. The only thing is, the Jacksons aren’t going to relinquish their control easily, so this will end up in a massive [and public] tug-of-war that might adversely affect the kids, again. But the Jackson’s obviously don;t care about that, right? Remember Katherine’s ridiculous lawsuit against AEG and what that did to her grandchildren?