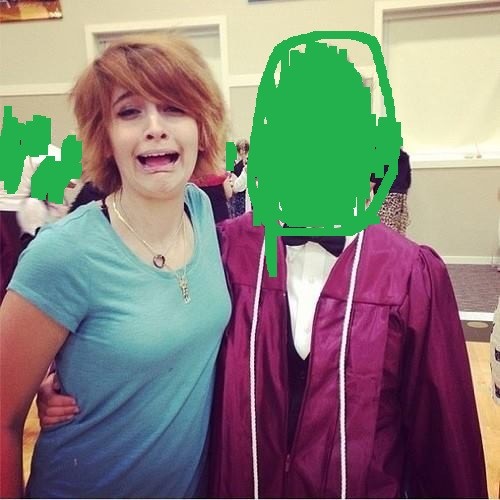 Just as quietly as Paris Jackson was admitted to Diamond Ranch Academy, a Utah-based rehab facility, word comes now that she has been released. It was last June that Michael Jackson’s troubled daughter slit her wrist and chased it with a handful of Motrin, making those closest to her have no choice but to take her depression seriously. According to the Dec. 9th print edition of In Touch Paris was admitted to the facility back in July and the family has flip-flopped on what the Academy exactly is. Some insist that it’s a rehab-type setting while others tried to play it off as an all-girls school. What we do know is that the girls that Paris spent the last few months with are as deeply troubled as her so she has found a great deal of understanding amongst her peers.

I guess the real question is whether or not Paris is really ready to face the cold, cruel world. One thing that she’ll either have to deal with head first or else be totally shielded from is the fact that Conrad Murray is now walking free and talking up a storm. He has insisted in recent weeks that Michael would have wanted him to have a hand in raising Paris and her two brothers now that he’s gone. Do you think that Paris will be shielded from Murray’s comments or is he one person that she may need to contend with in order to move on with her life? The timing of her release coincides with Murray’s release from jail. Do you think she is stable enough to be able to handle the discussions that Murray is opening once again with the press? Tell us your thoughts in the comments below!