Paris Jackson Being Shipped To Boarding School For Troubled Teens 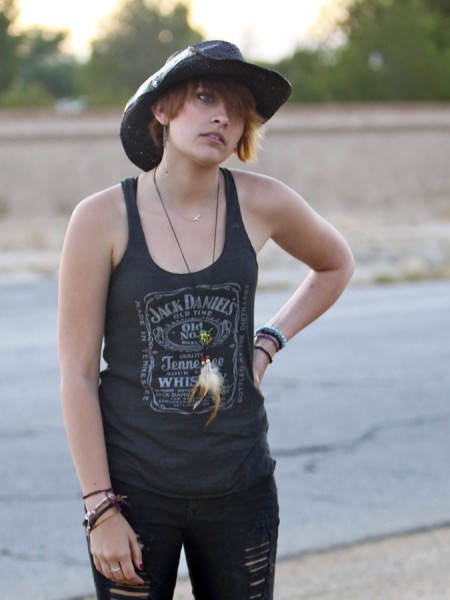 Looks like Paris Jackson will be staying out of the LA scene for a little while longer. After news hit earlier this week that she had been rejected by a popular Utah rehab facility, it looks like it might have changed its mind. According to The Sun, the 15-year-old daughter of Michael Jackson will be checking out of the hospital soon and attending the $10 million Diamond Ranch Academy in Utah, a treatment center for struggling children. I can only assume this is the same center that Debbie Rowe had her heart set on before. After researching around sources said she thought this was the best option for the young girl but was upset after they rejected her on the fears of the paparazzi and exposure she would bring to the facility and the other patients there. Maybe Katherine Jackson offered to build another wing?

Apparently, everyone is just waiting for the security to get in there and work everything out before Paris can leave UCLA Medical. No one knows for sure how long Paris will stay in Utah but sources told the newspaper that they wouldn’t be surprised if she stayed away until the AEG lawsuit is over: “They are terrified she will have a major relapse if she has access to Twitter and the internet again — especially with all the shocking information that is coming out in the AEG wrongful death court case. Debbie and Katherine have looked into things and they have decided the best place for her is the Diamond Ranch Academy. It is a secluded treatment center for 12 to 18-years-olds that specializes in depression and grief management.

If she doesn’t hate it, keep her in there for as long as she can stand it. It keeps her away from Los Angeles and the douches she was hanging out with there (family members included) and keeps her off social media. I don’t envy this girl’s road to recovery but staying away from Jacksons can’t hurt – along with some constructive rehab. Paris Jackson needs to focus on herself right now and not what her crazy family is up to.

Do you think the Paris Jackson/boarding school idea is beneficial? Anything has got to be better than spending time with La Toya.