Paris Jackson Rejected By Rehab Facility, Still Considered A Danger To Herself 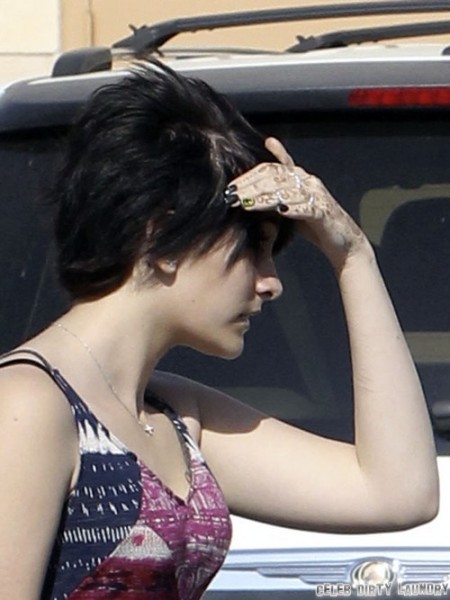 Things are still in a state of turmoil for Paris Jackson whose suicide attempt shocked many last month. She’s been at UCLA Medical Center recuperating but her recent attempt to transfer to a respected rehab center has been denied. According to TMZ, the Utah facility fears the attention that Michael Jackson’s only daughter would bring. It’s nervous about the paparazzi staking out and taking pics of Paris and the other patients on the property. So she has to continue to wait until someone takes her in.

Apparently, biological mother Debbie Rowe is researching her ass off to find the best place for Paris. Sources report the Jackson family is still hopeful the Utah center will change its mind since Debbie believes it is the perfect spot for Paris to focus on herself away from the craziness of Los Angeles.

Until then she’s being watched over in the same UCLA wing that also houses the eating disorder patients although TMZ points out she does not have those problems. Doctors have made it known they will not release her until she has more help because she is still considered a danger to herself. Without extra attention, sources say there is a chance she could end up attempting suicide again.

As sad and sickening as this story is, it’s finally encouraging to hear that her family and the medical community monitoring Paris are taking her seriously. This is a whole lot better then the “Oh, she’s just a dramatic girl” shit we heard after she was rushed off to the emergency room. This girl is dealing with a lot and, thankfully, and oddly enough, Debbie Rowe is really picking up the slack here. I can’t imagine the shenanigans that would be taking place if the Jacksons were in firm control of this situation. Hopefully Debbie sticks around and finds the best facility for rehab. Paris Jackson needs someone competent to take the reigns for awhile and I’m almost positive those Jacksons don’t have it in them.