Miley Cyrus Baby On The Way – Pregnant By Liam Hemsworth? 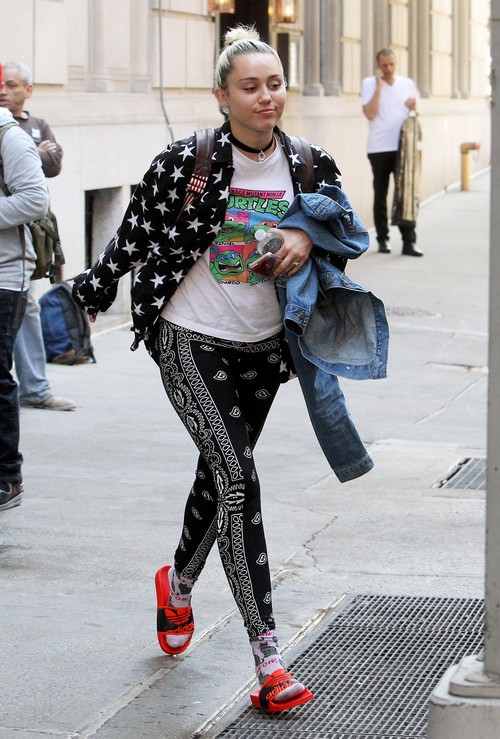 Can you imagine Miley Cyrus pregnant? There is talk that the singer has baby on the way and the daddy is Liam Hemsworth. Has Miley given up the crazy lifestyle and is now ready to settle down into family life? Another indication that Miley Cyrus might be expecting a baby with Liam Hemsworth?

An insider recently revealed to OK! magazine that Miley and her mom Tish have been seen checking out baby stuff at two rather posh Los Angeles shops.

Apparently Miley is dropping big time money at Babies ‘R’ Us as well. The source said Miley has been seriously been caught up in checking out and stocking up on onesies, cribs and bibs.

Around the 2015 holiday season Miley Cyrus was spotted with Liam Hemsworth and his family in Australia. Not long after Miley was wearing the engagement ring Liam had given Miley the first time he proposed.

In May 2016 Liam was asked if he and Miley were engaged again. Liam commented that people had already figured things out but did not publicly acknowledge the reunion and re-engagement.

Miley is completely in love with Liam – the source says Miley absolutely knows Liam is the man with whom she wants to spend the rest of her life. However, Liam might not be quite ready to settle down into married life.

What is keeping Liam from walking down the aisle? Everyone knows Liam isn’t certain that the 23-year-old singer is ready to abandon the wild child lifestyle just yet. The source also revealed that Miley and Liam’s relationship can be volatile at times.

The insider doesn’t think it’s possible for Miley Cyrus and Liam Hemsworth to be around each other all day every day. That would make it kind of difficult to be married and be parents, don’t you think?

But, if Miley is pregnant the source says Liam will do the right thing and the couple will get married. Friends close to Miley say she would like to get married on the beach in Liam’s native Australia.

If Miley Cyrus is pregnant it probably won’t be long before she shares the news with the world. But how much longer will Liam Hemsworth wait to marry Miley?