Miley Cyrus Planning Summer 2016 Wedding, Marrying Liam Hemsworth Whether He Wants To Or Not! 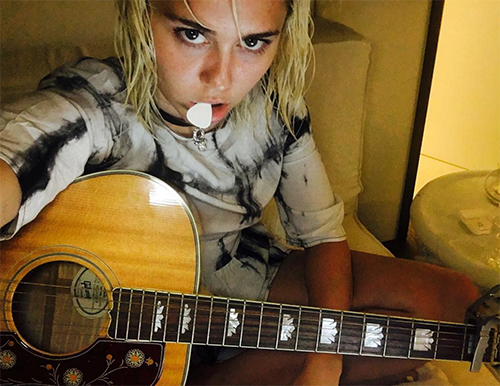 Miley Cyrus and Liam Hemsworth are getting married – whether Liam Hemsworth knows about it or not. Since Liam and Miley began dating a few months ago, Miley began rocking her engagement ring that Liam gave her back in 2012, obviously leading everyone to believe that they were engaged to be married again. Since she and Liam Hemsworth started dating again, she even took photos of her ring and posted them on social media.

However, Liam’s blatant dismissal of the idea of getting married does not seem to be stopping Miley Cyrus from moving full steam ahead with their wedding plans. Miley doesn’t seem to care whether her faux fiancé is on board or not – as far as she is concerned, she is marrying Liam Hemsworth this summer.

US Weekly Magazine is reporting that Miley is currently planning a lavish summer 2016 wedding. Of course, Liam was never a fan of her wild and quirky behavior, so Miley is trying to tone it down for the wedding and her mom Tish is helping her go a more traditional route. Is anyone going to tell Liam about his wedding, or are they just going to toss a bag over his head and drive him to the altar on his big day?

It’s pretty wild to think that Miley would be planning a wedding to someone who doesn’t even want to marry her – but, then again, we are talking about Miley Cyrus, and nothing amazes us when it comes to her. Do you think Liam Hemsworth will actually marry Miley this summer? Will he come around before their wedding day arrives? Let us know what you think in the comments below!