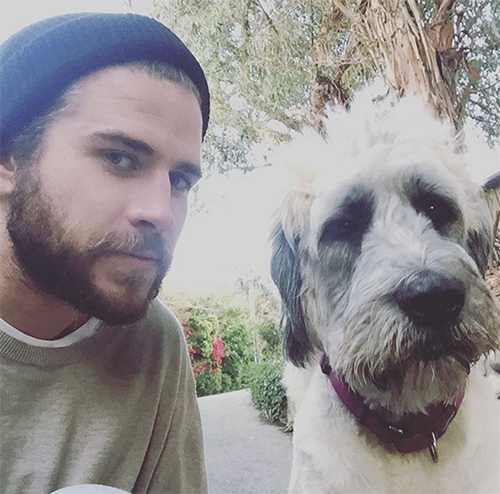 Liam Hemsworth says that he is NOT engaged – he might want to let Miley Cyrus know since she has been rocking the Neil Lane engagement ring he gave her proudly for over a month now. The world was shocked when Liam Hemsworth and Miley Cyrus rekindled their old flame, and even more shocked when the couple appeared to be engaged to be married. But, according to Liam, that is not the case.

Liam Hemsworth sat down with Australia’s ‘TV Week’ for an interview, and questions about his relationship with Miley Cyrus came up (obviously). Liam vaguely responded to the reported, “No, I’m not engaged.”

Earlier this year, Miley Cyrus stirred up engagement rumors when she started wearing the diamond engagement ring that Liam had given her before their 2013 break-up, and she even posted photos on social media showing off the hunk of diamonds on her ring finger. So, it’s not exactly like those rumors came out of left field.

In the past, Miley has been a bit delusional about her relationship with Liam Hemsworth, so it’s easy to think that she may be making their reunion out to be more than it is. But, Liam isn’t exactly innocent in all of this. Earlier this week, he showed up to the premiere of Huntsman: Winter’s War with Miley Cyrus on his arm – and she was wearing the infamous ring.

So, either Liam Hemsworth is trying (and failing miserably) to keep his and Miley’s engagement a secret. Or maybe he and Miley need to sit down and have a talk about their status – because they are definitely not on the same page.

What do you guys think? Are Miley Cyrus and Liam really engaged to be married? Or is Miley jumping the gun by wearing her old engagement ring? Share your thoughts in the comments below and let us know what you think!