Is Miley Cyrus Pregnant: Liam Hemsworth’s Fiancee Thinks A Baby Will Save Engagement 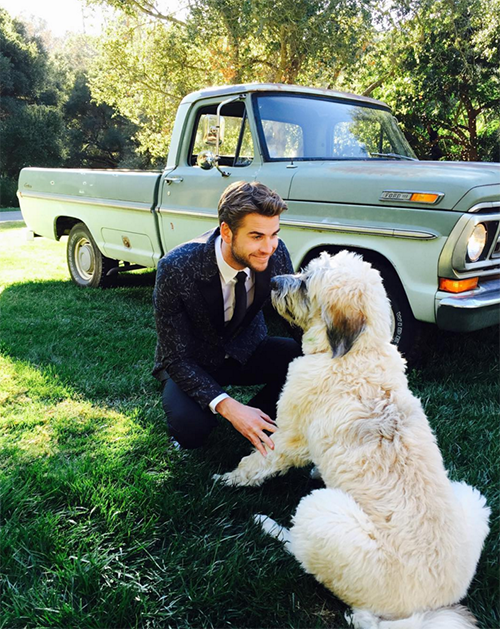 Is Miley Cyrus pregnant with Liam Hemsworth’s baby? Not yet, but she is trying! When it comes to her fiancé (for the second time), Liam Hemsworth, Miley is obsessed – and also paranoid that she may lose him again like she in their messy 2013 break-up. So, the pop singer has devised the perfect plan. Why not get pregnant to ensure that Liam won’t leave her again? Yeah, it’s not just you, we see a ton of flaws in that plan too.

It’s 2016, and we can officially confirm after years of failed attempts that babies DO NOT save a relationship. Yet, Miley Cyrus is convinced that a baby would be a perfect insurance policy because Liam is such a great guy – he would never abandon his child. This week’s edition of OK! Magazine reveals that Miley is actively trying to get pregnant (and Liam most likely knows nothing about it).

An insider dished to the tabloid, “Miley would do anything to keep Liam by her side and thinks a baby would be the perfect way. He is so family-oriented, she knows that Liam would do whatever it took to give their baby a stable life.”

The magazine’s inside sources go on to say that Miley’s obsession with her fiancé Liam is getting a little over the top – and she is starting to creep everyone out. If they do break-up again, it’s safe to say that Liam might need a restraining order. Another source dished to OK! Magazine, “Miley is constantly texting him and frantically checking to see if he has gotten back to her. She says stuff like – ‘I’m gonna change his life, he just doesn’t know it yet.’”

Who else thinks this relationship is just a ticking time bomb? Will Miley actually get pregnant to try and keep Liam and stop him from dumping her? Let us know what you think in the comments below!