Miley Cyrus Already Fired From ‘The Voice’ Season 11 – Adam Levine Campaigns For Loud Mouth Singer To Be Barred From Show? 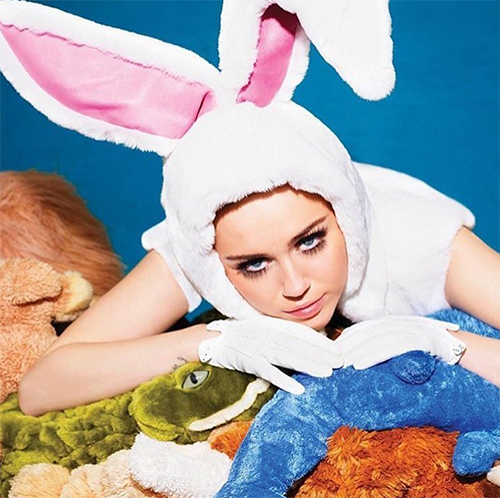 Will Miley Cyrus be fired from ‘The Voice’ before her new NBC gig even starts, all because current judge Adam Levine’s throwing a fit? The Voice Season 11 spoilers recently revealed that Coach Christina Aguilera was out, and Miley Cyrus would be taking her spot alongside Blake Shelton, Alicia Keys, and Adam Levine. While some ‘Voice’ fans had mixed feelings about Miley Cyrus joining the cast, no one was more upset about it than Adam Levine.

Adam and Miley apparently couldn’t get along with each other if their lives’ depended on it. And, when Miley Cyrus was filming scenes as an advisor for Season 10, multiple set sources reported that the two celebs were fighting like cats and dogs. The feud between Levine and Cyrus was so bad that Adam is freaking out about her joining the show fulltime. He has reportedly been complaining to TPTB.

OK! Magazine reports that the producers and NBC are considering backing out of their decision to hire Cyrus. An insider dished to the tabloid, “Executives are now second-guessing their decision to bring Miley Cyrus on full time because she cannot get along with Adam to save her life.” The insider added, “Adam seems to find Miley to be extremely loud-mouthed and absolutely annoying.”

Although NBC did make a formal announcement about Miley Cyrus being tapped as a judge in Season 11 – that doesn’t mean that any contracts have officially been signed. Seeing as how Adam Levine is a veteran on the show and he is throwing a fit, plus the casting is not resonating among fans like they had hoped, there is a very real chance that NBC could fire Miley before the next season of ‘The Voice’ even kicks off.

What do you guys think? Could Miley get axed from the show? Do you want to see her replaced? Share your thoughts in the comments below!