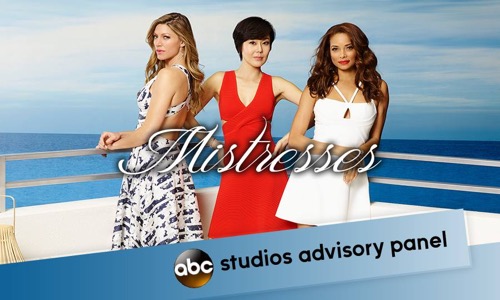 Tonight on ABC their new drama MISTRESSES continues with an all new Monday, June 27, season 4 episode 4 called, “Blurred Lines,” and we’ve got your Mistresses recap down below! On tonight’s show Karen (Yunjin Kim) rejoices in work, even if it means making sacrifices in her love life.

On the last episode, Kate struggled with dating in Los Angeles. Meanwhile, Harry explored a promising new job venture; Marc helped April discover her true calling. Did you watch the last episode? If you missed it, we have a full and detailed Mistresses recap right here for you.

On tonight’s show per the ABC synopsis, “Karen rejoices in work, even if it means making sacrifices in her love life. Meanwhile, April’s new client disregards boundaries; someone from Marc’s past resurfaces; Kate’s displeased that her ex is moving on; and Joss aggressively pursues a new client.”

Tonight’s Mistresses recap is going to be an exciting one filled with drama that you won’t want to miss – the producers know they need to get you interested, therefore you can expect a great show. Be sure to tune in for our live coverage of ABC’s Mistresses recap tonight at 10 PM EST!

Joss’s Public Relations company was once a hot commodity out in LA, but it seems like no one wants to hire her anymore on tonight’s episode of “Mistresses”.

Joss had sort of been a big name following the murder trial. For some time, all anyone wanted to talk about was Joss and Calista’s relationship and what it had been like for them to be accused of murder yet it seems that her infamy was now officially over. Her clients began to drop her for someone more well-known and unfortunately for Joss they weren’t going quietly. Joss’s former main client for instance had not only dropped her, but to make it worse Jennifer had talked about it during an interview. The young woman had said that she needed someone that was a little more big time than Joss so she had kind of put down Joss’s company and made it seem like Joss didn’t have it in her to reel in bigger clients.

So the only way that Joss could save her reputation was to go out and grab an even bigger person than Jennifer. However, Joss’s initially plan in which she tried to talk to an actress about changing her official representation crashed and burn. Stacey North had appeared to be a nice girl that wanted to transition from acting to music though her current publicist had been with her and he had managed to contort Joss’s pass with Calista into a PR nightmare. He had implied that Joss’s client had gotten arrested on her watch and accused of murder. Just not that long before Joss also joined Calista in jail.

And therefore he had sort of a point when he pointed out to Stacey North that Joss was still quite new at everything. So Joss had left both Stacey and her publicist outside of the club and she had tried to later talk about her disappointment with her friends. She had wanted to them to understand how it feels when your career suddenly feels like it’s going backward however they couldn’t do much at cheering her seeing as they were both feeling stuck with their own careers. April’s new interior design business was still relatively new and she just found out that one and only client wasn’t even guaranteed.

The client had liked April’s style decisions and he would have loved to say yes to everything that she came up with. But his wife was feeling little a gun shy about everything because the last interior designer that her husband had hired had ruined everything. So April couldn’t official get her first job until she managed to convince the wife she had never met that she truly was good at what she did. Meanwhile Karen seemed to have an issue with her latest client. She was seeing a couple that had some problems in the bedroom and the biggest issue that the couple had was that the wife couldn’t have a real orgasm with her spouse.

The wife kept trying, the husband kept trying, and nothing was working because the wife felt like she had to fake it in order to put her husband at ease. So Karen had to tell her client that they needed to be honest with each other. She said that nothing was going to change if the wife kept faking it so she had tried to give them an intimacy list. The intimacy list was a list of things that was supposed to build up their intimacy and the couple literally got to number three before the wife was back at faking it.

So Karen had a lot on her hands and for that matter so did April though Joss really shouldn’t have done what she did to Troy Baker. Troy was the publicist that trash talked her and to be fair he had gotten that harsh after he spotted her trying to steal his client so what he said shouldn’t have actually been held against him. Yet, Joss made it personal when she found Troy’s phone and leaked a text message of his that stated he thought Stacey couldn’t sing. And you know what happened after that? All his clients began to leave him and his career was basically destroyed.

And so Joss had taken things too far. Her assistant saw it and Troy was probably seeing it as well, but at least Joss didn’t get suckered in as April. April had come up with a whole new concept on a Saturday night because she thought she would finally get to meet Michael’s wife and it turns out the wife couldn’t make it. So April had asked Michael point blank if the wife even existed and he replied that she was so real that she was now divorcing him. He said that his wife realized that she didn’t want to move out west and that he still trying to deal with what a divorce was going to mean for him.

April, though, shouldn’t have been the shoulder he cried on and he ended up crossing a line with her when he tried to kiss her. So April then told that he should go because that was inappropriate though she didn’t exactly going rushing to her boyfriend to tell him about what happened. Marc had earlier voiced some doubt about Teresa and he had said that Michael was going to make a move on her yet April had told him off for it. She said that Michael would never do that and so she had been left feeling foolish that Michael did make a move and that Marc saw it coming while she didn’t.

Only the one thing that made April even more nervous about whether or not she should tell Marc anything was the fact that the lead singer in his new band was a little too pretty for her liking. April hadn’t liked Marc and Sofia’s chemistry up on stage and that was before she even knew that Sofia was Marc’s ex. So things changed for her after Marc told her everything. He admitted to once dating Sofia and said that they were now only professionally. Like the way it was with her and Michael so April realized didn’t really have a foot to stand on.

But surprisingly Karen was the one that ended up having the most fun with her problem. She had been going back and forth about whether or not she was focusing too much on her job yet she didn’t know how much she loved it nor how much she was helping people until her clients broke into her office to have sex. Karen had apparently told them to try something new and their something new was dressing up as superheroes to have sex in her office. They said that office made them both feel safe and that they didn’t feel like there was any pressure there so that’s why they used the place. And thankfully for them, Karen just found it funny.

She thought it was worth a good laugh and afterwards she talked the police officer out of arresting them. So Karen ultimately got her groove back with sex therapy and that made her realize that she didn’t have time to necessarily focus on a new relationship. At least not with a hot manny that needed more of her time than she was willing to give. And so she called it quits with her boyfriend after barely a few weeks together.

While Joss ended up signing Stacey as her new client!