Mistresses Recap – Marriage and Death: Season 4 Episode 11 “Back to the Start” 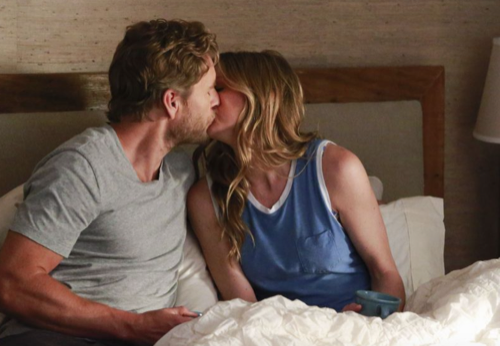 Tonight on ABC their provocative drama Mistresses airs with an all-new Monday, September 4, 2016, episode and we have your Mistresses recap below! On tonight’s Mistresses Season 4 Episode 11, “Back To The Start,” episode April (Rochelle Aytes) is unsure how to announce her baby news to Marc Rob Mayes just as his career is taking off; Karen reaches a relationship milestone when she meets Adam’s (David Sutcliffe) parents.

Did you watch last week’s episode of Mistresses where Karen (Yunjin Kim) fired Lydia (Alanna Masterson) when she uncovered her deception? If you missed it we have a full and detailed recap, right here for your enjoyment!

On tonight’s Mistresses episode as per the ABC synopsis, “April wrestles with how to tell Marc she’s pregnant, while he gets great news about his career. Karen and Adam’s relationship moves to the next level when she meets his parents. Meanwhile, the Lydia situation rears its ugly head one last time for Karen, with devastating consequences. Kate’s anger at Joss is as hot as ever, until she finds out the real truth of what happened with Scott.”

Tonight’s episode is going to be an exciting one filled with drama that you won’t want to miss. Be sure to bookmark this spot and come back between 10PM – 11PM for our Mistresses Season 4 Episode 11 recap.  While you wait for the recap make sure to head over and check out our Mistresses spoilers, news, recaps & more!

Karen and Adam are between the sheets, laughing and giggling when Lidia texts her to apologize, again. Karen ignores her. Adam wants to know if Karen will meet his parents because they are in town, He can’t wait to show her off. They never liked any of his ex-girlfriends. Karen should be a breather of fresh air.

Joss and Harry are back to sleeping in the same bed. They are happy with Joss sharing that she is going to therapy. Harry wants to take a vacation, but Joss can’t get out of work. They want to work on their relationship.

April isn’t sure what she is going to do now that she is pregnant with Marc’s baby. Her daughter wants to go see marc play at a club. She tells her she will take her and her friend.

Harry’s sister comes back after her time away from all of the drama and bad energy. Her arrival is somewhat of a surprise. Harry tells his sister that she needs to reconcile with Joss. Kate feels like she can handle her issues and move on. She has a new lease on life.

Talking to Karen, Joss feels like Harry and her are on the right track. Karen shares that she is having dinner with Adam’s parents. Joss and April are excited for her. When Joss asks April what she is doing tonight, April drops the news that she plans on bringing Lucy to see Marc. And, oh by the ways she’s pregnant!!

April tells Karen and Joss that its Marcs baby and she is keeping it. She doesn’t want to tell Marc because he will feel obligated to say with her. Karen is thrilled that their baby’s are going to be best friends.

At work, Joss isn’t feeling like her job is much fun. She tells her assistant to go to Marc Jacob’s party. She is thrilled. Joss makes a call to Mona.

Kate is mad that Joss ruined her chances with Scott. She has also found a new roomie in

At dinner with Adam’s parents, Karen seems to be hitting it off. They are impressed with her. Lidia interrupts their good time.

Marc is getting ready for the show. April arrives with Lucy, watching Marc sing.

Joss and Harry are enjoying dinner together. Joss tells him how she talked to Mona, his dream bistro is a possibility. She’ll work more. Harry couldn’t possibly ask her to do that. The topic of Marc and April’s money issues come up. Harry realizes that Joss is keeping something from him. He wants to know – Joss spills the beans!

Marc ends his show, saying hello to Lucy and her friend. April approaches Marc. The two get to talking before Marc is pulled away to meet up with a label producer.

April calls Joss to tell her the news that she saw Marc. She tells Joss she didn’t tell him. Joss admits that she told Harry and April better tell Marc soon.

Karen has Joss on the couch. The two of them are joking around about therapy. Joss is there to get a list of psychiatrists. Karen gives her some good advice about making big career changes.

Marc and Harry meet up for lunch. Marc is also giving Harry some advice about taking leaps.

Lidia shows up to see Karen at her office. Lidia just wants Karen to hear her out. Karen tells her she will call the police if she doesn’t leave her alone.

Joss and Harry are on a drive, Joss tells Harry that she is selling her company. Harry is surprised and wants her to be sure. Joss wants to go in with Harry on a restaurant – 50/50. He’s in!

At dinner, April and Marc talk about Lucy before Marc announces that he is going on tour for a month. April can’t bring herself to share her big news.

Kate is thankful to Randy for letting her move in. Scott’s wife shows up at the store and wants to meet Kate, the woman who ruined his marriage. Kate is speechless.

Adam is so happy that his parents loved Karen. They want to go on vacation with the two. Karen thinks it’s a bit much. She gets a call from Lidia, who leaves a message apologizing for coming to her office. She tells Karen that she promises that she won’t have to see her anymore.

Joss runs the numbers and she doesn’t think they can afford it. Harry wants to sell their house for the extra money. Joss isn’t against it – she’s hesitant, but she’ll do it.

Kate is thrilled that Scott’s wife told her that he is still in love with her. April breaks the news that Kate isn’t the one – he’s in love with Joss. Kate gets angry. April tells her that Scott was just using her.

Karen knocks on Lidia’s door. When she doesn’t get an answer, she opens the door. Lidia is in a chair with bottles of pills next to her.

Marc comes to say goodbye to April and Lucy and she still can’t bring herself to tell him. She lets him go.

Joss and Harry come to the conclusion that they are ready to get married. Right then and there they marry on the beach as Karen tries to talk Lidia down from her ledge. Karen fails as it appears Lidia has jumped to her death