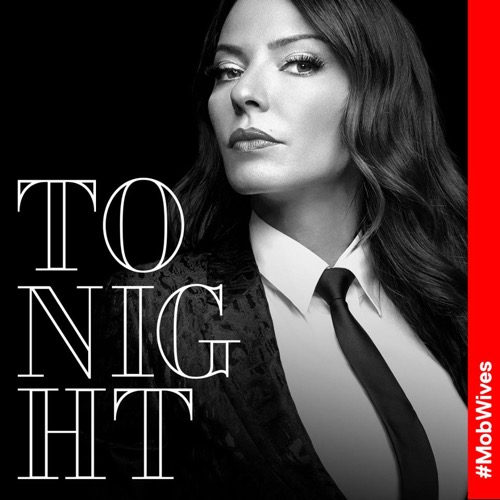 Tonight on VH1 their docu-soap series Mob Wives continues with an all new Wednesday January 13, season 6 premiere called “Mobbed Up Mermaids,” and we have your weekly recap below. On tonight’s episode in the Season 6 premiere, the original Staten Island crew is finally at peace after sending the ladies from Philly packing.

For those of you who are new to Mob Wives, the show is a reality series about allegedly “connected” women and their lives when their men go to prison. Full of drama, friendship and the struggle of being who they are.

On the last episode, Drita made a discovery about Natalie’s deceit and struggled to keep calm. Elsewhere, Renee celebrated her spiritual cleansing with a party, and the two Natalies faced one another. The Season 5 finale. Did you watch the last episode? If you missed it, we have a full and detailed recap right here for you.

On tonight’s episode as per the VH1 synopsis, “in the Season 6 premiere, the original Staten Island crew is finally at peace after sending the ladies from Philly packing. Later, a new woman shows up and forces the group to face some difficult decisions.”

Tonight’s episode is going to be another drama packed one, which you won’t want to miss. So be sure to tune in for our live coverage of VH1′s Mob Wives season 6 premiere at 8PM EST! While you wait for our recap, hit the comments and let us know how excited you are about the new episode of Mob Wives tonight.

The final season of Mob Wives kicks off with a party at Karen’s house with her 16-year-old daughter Karina. She talked about the parties that they had when she was little and how the women were in the kitchen cooking and the men were in the corner handling business. Renee showed up at the party and asked Karen and Karina to be a part of the Coney Island Mermaid Parade as Mermaids to promote her Mob Candy jewelry line.

Angela had been dealing with cancer and she was grateful for the support of her friends and her husband Neal. However, she was very upset when she went back to the Dr. and he told her that she had to eat healthier, exercise and most importantly not smoke anymore. She said she would try to do as the Dr. said and then in the next breath she said she would do what she wanted when she wanted.

Drita took her daughters Aleeyah, 14 and Gizelle, 7 to the projects where she grew up in New York to teach them to appreciate the things that they have. She told them about a friend who wasn’t allowed to come to her house because she lived in the projects and how the comment upset her and hurt her feelings. Drita wants to write a book, but she is scared to tell her husband because she worries about his reaction.

Drita took her daughters Aleeyah, 14 and Gizelle, 7 to the projects where she grew up in New York to teach them to appreciate the things that they have. She told them about a friend who wasn’t allowed to come to her house because she lived in the projects and how the comment upset her and hurt her feelings. Drita wants to write a book, but she is scared to tell her husband because she worries about his reaction.

Renee invites the women to the park to catch up and check up on Angela’s recovery after the drama. Drita informs the women about her intention to write a book and Renee invites them to the Coney Island Mermaid parade. Karen brings up the idea of introducing her friend Brittany into the group and the women do not respond well when they hear that the possible new girl’s father squealed.

Brittany Introduces herself to the show and proclaims her intention to move back to Staten Island. Her mother voices serious objections to her moving back, but Brittany doesn’t seem to care. She feels that her life should not be impacted any more than it already has been because her father was a criminal.

Angela and her husband Neal are forced to close their business the Drunken Monkey. This makes her sad because it’s where she met her husband and she talks about how it breaks her heart to lose the business. It is revealed that someone called the liquor board and told them that Angela was a felon forcing her to close the bar.

Renee and Karen have a confrontation about the incident at the park with the conversation about Brittany. Renee tells her that she doesn’t want to deal with people whose parents have ratted and after a heated confrontation during Karen tells her that twenty years ago she was Brittany and that she was going to defend her no matter what Renee agrees to meet her and give her a chance, but says that she will be watching her.

On the day of the Mermaid Parade Brittany shows up and is introduced to the group. There is a confrontation between two old foes before the parade as Love and Carla come face to face. However instead of a fight Love apologizes to Carla and lets her know that Drita was the one who created the drama between the two of them.

Drita tells her husband Lee about her intention to write a book about her story and it does not go well. He tells her to “leave the past in the past.” The two of them engage in a heated argument and Drita tells him that she is going to do it whether he likes it or not.

Brittany announces her intention to move back to Staten Island to the other women. The other women also learn her story. Renee comes down harshly on Brittany because of her story which does not sit well with Karen. Renee tells Brittany that her mother was wrong to take a deal and rat out others in the mob.