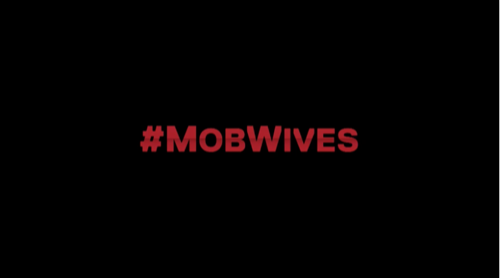 Tonight on VH1 their docu-soap series Mob Wives continues with an all new Wednesday February 10, season 6 episode 6 called “Younger Version of the Same Old BS,” and we have your weekly recap below. On tonight’s episode Marissa Fiore and Brittany Fogarty wage war on each other; Drita searches for inspiration for her book and Lee’s blessing.

On the last episode, Ang gathered the women together for an old-fashioned sit-down; Renee tried to convince her son to move in with her; Karen was in the middle of a feud between Brittany and Marissa. Did you watch the last episode? If you missed it, we have a full and detailed recap right here for you.

On tonight’s episode as per the VH1 synopsis, “Marissa and Brittany wage war on each other; Drita searches for inspiration for her book and Lee’s blessing; Ang receives news.”

Tonight’s episode is going to be another drama packed one, which you won’t want to miss. So be sure to tune in for our live coverage of VH1′s Mob Wives season 6 episode 5 at 10PM EST! While you wait for our recap, hit the comments and let us know how excited you are about the new episode of Mob Wives tonight. Down below sound off and tell us what you think of Mob Wives season 6 so far!

This week on Mob Wives the fight between Marissa and Brittany continues as the women come to blows at the restaurant and have to be separated. They continue to go at each other as security holds them back. Marissa tells Brittany that “she exposed herself.” Drita tries to talk Brittany down and tells her that there is nothing she can do. Brittany and Marissa continue to yell at each other and Brittany tells her to meet her in the parking lot. Ang says that she is “sick of the same old drama.”

Karen tells Brittany that she needs to calm down because there is no way that she is going to get to Marissa. Karen tries to talk to Marissa as well and tells her that she understands why Marissa was so angry. Brittany is angry that Karen doesn’t seem to have her back. She says that it is “abundantly clear that Drita has her back and Karen does not.” The women are finally separated and leave the restaurant.

Drita meets up with Ang to help her put together a proposal for her book. They meet at a former strip club called Scarlett’s which Drita describes as “every girlfriend and wife’s nightmare.” Ang says that she “can’t even visualize Scarlett’s being there.” Drita talks about how the memories are impacting her and how she met her husband Lee. Ang tells Drita that “Lee will be proud of her one day and not to let him get in her way.”

Renee is preparing for AJ and his girlfriend to move back into the house part time. She’s happy to have them back in the house. The couple loves the changes that Renee and Ang have made to the room.

Marissa meets up with Big Ang for some drinks and to see what she has to say about Brittany’s behavior at the restaurant the other night. Ang asks Marissa what happened. Marissa wonders the same thing. Ang tells Marissa that she was at fault. Marissa asked her how and Ang tells her that she hit her first. Marissa tells Ang that she was merely defending herself.

The two women continue to talk and Marissa tells Ang that ” the next time Brittany comes at her she is going to get rocked and that security won’t be able to stop her. ” She also tells Ang to let Brittany know that she will never get the best of her.”

Brittany and her mom meet up with Drita to discuss the fight with Marissa. Brittany gets angry all over again and her mom tries to calm her down. Brittany’s mom gets angry when she hears that Karen has not called Brittany to find out how she is. Brittany’s mom tells Drita that she and Karen’s family were supposed to move to Arizona together and the three women come to the conclusion that Karen has no loyalty.

Karen and Carla meet up at Carla’s house so that Carla can show off the renovations. They discuss the incident at the restaurant and Karen tells Carla that she believes that Drita is driving a wedge between her and Brittany. Carla agrees and says that “Nothing that was said was that bad to deserve that.” Karen feels divided loyalties because of her friendships with Brittany and Marissa.

Drita is on the phone with Lee and tells him that Scarlett’s no longer existed. She tells him that she went down there to jog her memory for her book. Lee is not supportive of her writing the book. Drita is frustrated by Lee’s not being supportive. Lee finally tells her to “write the best book she can.” This makes Drita happy to finally have Lee’s support.

Brittany meets up with Karen to try and get to the bottom of the mess that has become their relationship. Brittany tells Karen that she is aggravated that Karen pumps her up and won’t let her fight. Karen says that she was disappointed in the way the whole situation went down. Brittany questions Karen’s loyalty and this makes Karen very angry. She tells Brittany that she is “not going to take sides.” She also tells her that “She has history with Marissa and she should’ve respected her.”

Brittany says that “she doesn’t want to have a problem with her either and hopes they can move forward.” Karen decides the conversation is over, but says that “Brittany is acting like a spoiled teenager.” Karen is determined to keep an eye on Brittany because she no longer trusts her.