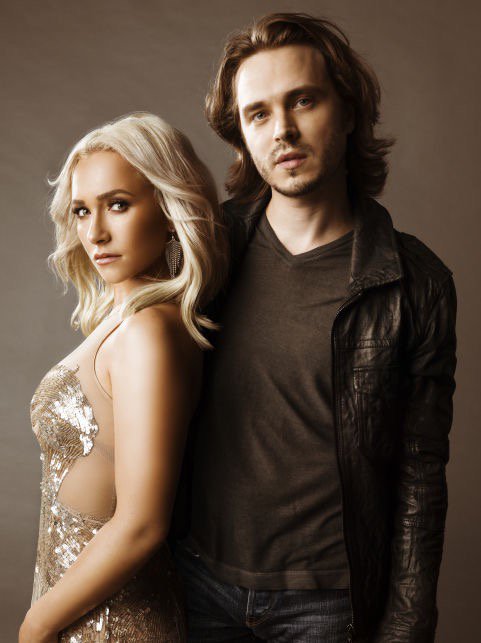 Tonight on CMT Nashville starring Hayden Panettiere returns with an all new Thursday, December 15, 2016, season 5 premiere called, “The Wayfaring Stranger.” and we have your weekly Nashville recap below for you. On tonight’s Nashville episode, as per the CMT synopsis, “Season 5 begins with Rayna (Connie Britton) and Deacon (Charles Esten) adjusting to Maddie’s return home and dealing with Highway 65’s financial struggles. Meanwhile, news about Juliette (Hayden Panettier) shocks Nashville and sets Rayna on a journey of discovery.”

Tonight’s episode looks like it is going to be great and we are so excited CMT saved our favorite show so you won’t want to miss it. Be sure to tune in for our  coverage of CMT’s Nashville at between 9PM – 10PM ET for our Nashville recap.  While you wait for our recap make sure to check out all our Nashville news, photos, spoilers & more right here!

Tonight’s episode of Nashville kicks off with Rayna James stopping at a gas station in the middle of nowhere – the gas station attendant recognizes her and she gives him her autograph.

While the gas is pumping, Rayna spots an old man sitting outside and strumming on a guitar. She recognizes the song that he is playing and approaches him.

Flashback to 3 weeks Earlier – Juliette Barnes’ plane has crashed. A frantic woman is running through the field, she saw the plane crash and called 911. Suddenly, she finds Juliette lying on the ground, covered in blood ad barely breathing. She covers Juliette up with a blanket and begs her to keep breathing – she sings a song to her to keep her awake.

Back home, everyone is getting word about Juliette’s plane crash. Avery rushes to the hospital. Rayna’s girls wake her and Deacon up in the middle of the night and they watch the news. According to the news report, Juliette is the only survivor.

Three weeks later – Juliette is still in the hospital. Juliette is in a wheelchair, she shattered her vertebrae and damaged her spinal cord. She’s going to recover, but whether or not she will ever walk again is up in the air. Juliette can’t feel her legs still, and is upset that she isn’t healing sooner.

Rayna pays Juliette a visit and interrupts her physical therapy. Juliette is miserable, and not optimistic that she will walk again. Rayna tries to comfort her and tells Juliette that she will always be here for her. Juliette cries that she messed everything up in her life, and the wheelchair is her karma. She opens up to Rayna and says that she was saved by an angel, the woman that sang to her, she hums the song that the woman was singing.

Rayna heads to the office, she gets good news and bad news. They finally finished the paperwork and were able to buy Maddie’s record deal out. But, it cost them 275,000. Rayna worries that they aren’t going to be okay, money is becoming an issue at the label.

Later that night, Rayna stays up late running the numbers. Deacon comforts her and tells her that everything is going to be fine. Even if they fail, they always pick themselves up and dust themselves off again.

The next day, Rayna packs her bags and heads out of town. Deacon and the kids are worried about her flying and they tell her to fly safe. On the plane, they hit some turbulence and Rayna begins hyperventilating, the stewardess comforts her.

When Rayna lands, she gets settled and calls Deacon and tells him about her panic attack, she is still pretty rattled.
Meanwhile back home, Juliette is finally released from the hospital. The paparazzi are all gathered outside of her house and taping Avery pushing her in her wheelchair. Once she gets inside, Avery and Juliette have a tough talk. Juliette doesn’t think that he should stay there with her, but he won’t take “no” for an answer.
Rayna is in Silicon Valley performing at a benefit to raise money for scleroderma. She meets a tech guru named Zach Welles, who is a longtime fan of her music, although he is much younger than Rayna. Rayna hits the stage, but it seems like the only one at the benefit interested in her music is Zach Welles.

Back home, Maddie is up late with Deacon working on a new song that she has been trying to write. Daphne interrupts, she wants to play with them, Maddie is rude to her sister and brushes her off. Deacon scolds her for being so rude to Daphne.

After Rayna’s performance Zach apologizes for the crowd, who paid no attention to her. Rayna sits down with Zach to have a drink. He asks her how come she hasn’t been recording any more. Rayna explains that she has been busy running a label and hasn’t had time – but Welles isn’t buying it. Rayna finally confesses that she hasn’t been recording because she doesn’t have anything to say and Nashville is a tough crowd these days.

Rayna confesses that her favorite song ever written was “Wayfair Stranger” and it gave her shivers when she heard it. She hasn’t been recording lately because no music she has heard gives her shivers anymore.

At home, Daphne plays a song on her guitar for Scarlett and Deacon. Maddie walks in and freaks out when she hears Maddie playing the song that she was working on. The thing is, Daphne tweaked it and added some new lyrics and it sounds amazing. Maddie storms off to her bedroom – Scarlett follow her to her room and gives Maddie a pep talk.

Rayna heads back to her hotel and calls Deacon. She cries that she can’t get back on the plane tomorrow – her anxiety is too much, she wants to drive home.

Juliette can’t sleep, she gets Avery up in the middle of the night and makes him drive her to the field where her plane crashes. Juliette wheels herself through the field but it is too bumpy. Avery carries her the rest of the way. When they finally arrive at the spot where the plane crashed, it’s all cleaned up. There’s no sign of the accident. Juliette brings down and tears and begins sobbing that she doesn’t understand why she didn’t die.

The next morning, there’s a knock at Rayna’s hotel room – it’s Deacon. He flew out while she was sleeping because he was worried about her. He’s going to help her get on her flight home.

Juliette and Avery spend the rest of the night in the car. In the morning, Juliette thanks him for bringing her to the crash site. They share a kiss and he drives them home.

Rayna opens up to Deacon and tells him that she feels lost. She wants to make the most of her life after what happened to Juliette, and get in touch with her roots. Rayna is going to rent a car and drive back by herself, she needs some alone time.

On the way home, Juliette and Avery stop at a smoothie stand across from a church. Scarlett hears the “angel” that saved her singing inside and she wheels herself inside. Juliette cries tears of joy as she listens to the woman singing the same song that she heard after the plane crash.

Tonight’s episode ends with Rayna at the gas station. The song she hears the old man singing is “Wayfaring Stranger,” the same song that she told Zach Welles gives her shivers and inspires her. He tells her that “Singing is good for the soul, and it will help her find the joy that she is looking for.” Rayna sits with him and listens to him sing.

The first trailer for the new season of #NashvilleCMT is finally here! 🎤❤️ We can’t wait for January 5 on @CMT. pic.twitter.com/YPLeEgkYVn