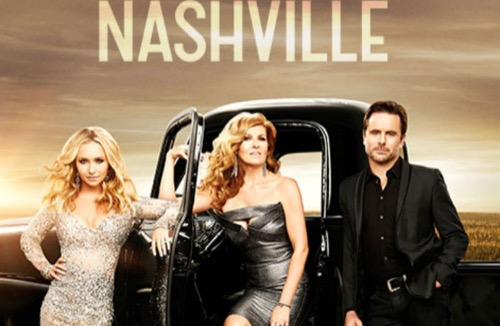 Fans were extremely upset after ABC canceled Nashville following the fourth season. Lionsgate TV, the production company behind the drama, immediately began talks with other networks and streaming services to bring Nashville back for a fifth season.

Just a few weeks after ABC cancelled the drama Lionsgate announced that it had reached an agreement with CMT and Hulu to bring Nashville back. It was uncertain if all the major characters would return for the fifth season. In June it was confirmed that Britton, Esten, Jackson, Panettiere and Bowen would be back.

Also returning are Lennon Stella [Maddie Conrad], Maisy Stella [Daphne Conrad] and Sam Palladio [Gunnar Scott]. As previously reported, Esten teased that there are many more stories to tell and Nashville season 5 will be magical.

CMT has ordered 22 episodes of the fifth season of Nashville. Will Chase [Luke] and Aubrey Peeples [Layla] will be returning for only a few episodes to wrap up their storylines.
When Nashville makes its CMT debut on Thursday, January 5 the drama will be under the direction of a creative team.

Series creator Callie Khouri previously revealed that the fifth season’s plotlines will be more emotional than the past four seasons. Nashville season five will highlight the difficulty of the country music industry.

Rayna James will find herself meeting a wealthy super fan who is interested in bringing the superstar singer/songwriter and producer’s music to a whole new generation. Nashville season 5 spoilers indicate this wealthy super fan may be a lover interest for Rayna with some ulterior motives.

Nashville spoilers for season 5 indicate that the writers must explain Juliette’s disappearance when her plane was believed to have crashed. Fans are excited about Juliette and Avery’s reunion, but no one is certain when that will finally happen.

Share your thoughts in the Comments section below, on our Facebook Page,  join our Facebook Group or Head over to our Discussion Board to Talk Nashville Daily!