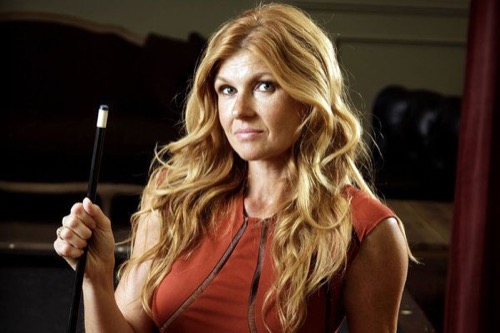 Nashville spoilers for season 5 tease that Rayna Jaymes [Connie Britton] will meet a wealthy young fan when the country music drama moves to CMT and Hulu. With money burning a hole in his pocket this as yet unnamed app developer wants to work with Rayna to push her career as a performer back on track.

Rayna’s been preoccupied with being a music mogul with a record label to run so music hasn’t been a priority for the superstar. TV Guide reports that this Rayna super fan wants to “introduce Rayna’s music to a whole new generation.”

There is still a lot of mystery surrounding just what this young and wealthy mega fan wants to do, but it may not be what is best for Rayna. Will Deacon Claybourne [Charles Estan] be called upon to rescue Rayna before she loses everything?

ABC made the decision to cancel Nashville for financial reasons according to a statement from ABC Entertainment President Channing Dungey. Charles Estan stated in a recent interview that everything worked out for the best. The actor calls CMT the perfect home for Nashville.

Share your thoughts in the Comments section below, on our Facebook Page,  join our Facebook Group or Head over to our Discussion Board to Talk Soaps Daily!