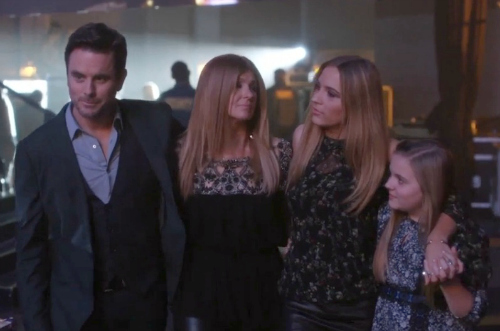 Nashville Season 5 spoilers reveal there may be a new season after all despite the ABC cancellation of the country music drama. CMT, the Country Music Television channel, is rumored to have picked up the show and an announcement is expected at the CMT Awards airing tomorrow night.

A big question in fans’ minds is – what about Juliette Barnes (Hayden Panettiere)? If Lionsgate and CMT can cut a deal, will it include the unlucky in love singer whose plane went missing in the Nashville Season 4 finale cliffhanger?

Hayden Panettiere had a diminished role in Season 4 because of her struggle with post-partum depression and she announced she was heading back to rehab for more therapy as the news of ABC canceling the show made waves.

If CMT inks and announces the deal, will Juliette be part of the character canvas? In fact, Nashville showrunners ended Season 4 on a cliffhanger hoping they’d land a renewal deal and now it looks we’ll get some closure on Juliette’s missing plane and a possible reunion with her ex.

TVLine reported that ABC filmed a non-cliffhanger ending that had Juliette land safe and sound, get back with her ex Avery Barkley (Jonathan Jackson) and ride off into the sunset with their daughter Cadence, but ultimately decided not to go that route hoping for a new deal at another network.

There’s no word on which stars will sign on for the rumored renewal deal, but we’re hoping that cast members might take the stage at the awards show when (and if) the renewal announcement is made so we can see, at a glance, who will be back for Nashville Season 5.

Jonathan Jackson seems to be hoping for a renewal since he made it clear that he’s not heading back to ‘General Hospital’ and has put down roots in Nashville including moving his family there and opening up a restaurant with GH pal Steve Burton (ex-Jason Morgan).

It’s likely that all were hoping for a renewal and no one was seriously job hunting since insider sources revealed that five networks were competing to take Nashville off ABC’s hands. CMT seems a perfect home for the show since it has a built-in audience of country music fans.

What do you think Nashville fans? Are you thrilled that Nashville Season 5 seems to be a go? Share your comments below and check back with CDL for more Nashville spoilers and news for Season 5.