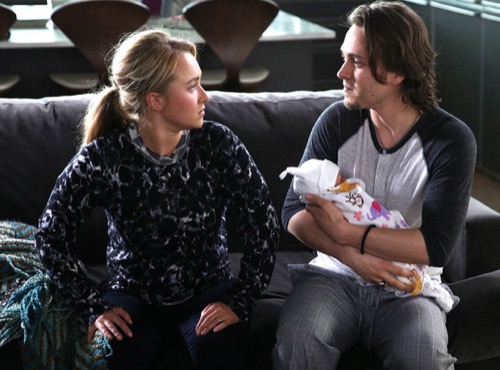 ‘Nashville’ season 5 spoilers include great news – Hayden Panettiere, Jonathan Jackson and all the major characters will be returning to the primetime soap when it moves to CMT. No premiere date has yet been set for season 5 of ‘Nashville.’

As previously reported Aubrey Peeples [Layla Grant] and Will Chase [Luke Wheeler] were fired, possibly due to lack of storyline. There was some concern over which main characters would be back. ‘Nashville’ fans need not worry – all 7 of them are returning.

The primetime drama’s creator Callie Khouri won’t reveal just what fans should expect when ‘Nashville’ returns. Callie did say that she and the writing team plan on highlighting how music streaming services such as Pandora and Spotify are bankrupting the country music industry.

Callie Khouri also revealed that fans should expect storylines to be more emotional and less soapy. The show’s creator believes CMT is a good fit for CMT as the music channel moves into more scripted television dramas.

There you have it! All your main favorites will be back and somehow the ‘Nashville’ writers will explain Juliette’s missing plane and bring the singer back to her husband Avery. Come back to CDL for all your Nashville news and spoilers!