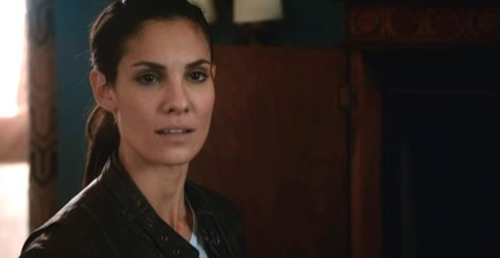 Tonight on CBS NCIS: Los Angeles returns with an all new Monday January 25, season 7 episode 14 called, “Come Back” and we have your weekly recap below. On tonight’s episode, Kensi (Daniela Ruah) and Deeks (Eric Christian Olsen) announce they are moving in together and then are assigned to protect Kensi’s ex-fiancé.

On the last episode, the team investigated the murder of a tech entrepreneur turned venture capitalist who secretly developed a daemon, a background computer program that allowed for undetectable data collection. Did you watch the last episode? If you missed it, we have a full and detailed recap right here for you.

On tonight’s episode as per the CBS synopsis, “Kensi and Deeks announce they are moving in together and then are assigned to protect Kensi’s ex-fiancé, who is in possession of a list containing important contacts in Afghanistan that people are willing to kill to get their hands on.”

Tonight’s episode looks like it is going to be great and you won’t want to miss it, so be sure to tune in for our live coverage of CBS’s NCIS: Los Angeles at 10:00 PM EST! While you wait for our recap hit the comments and let us know how excited you are for the season 7 episode 14.

Kensi and Deeks had been in a great mood at the start of tonight’s episode. They had apparently just moved in together and were considering that to be a huge step in their future together.

However, it wasn’t long before Hetty informed them about a case she was putting them on. Their boss had later told them that she needed them to act as protection detail for a contact of hers. And that this contact had been targeted once already.

But like usual, Hetty had left a few details out. She had simply told Kensi and Deeks about their mission and had pushed them out the door before they could even realize that she hadn’t named the contact. And that she might have had a good reason on why she would keep that to herself.

Hetty’s contact as it happens was Jack as in Kensi’s former fiancée Jack. Jack had come to town recently in order to meet up with Hetty. And he had been targeted on what was literally her front doorsteps. So while Kensi and Deeks were asking him about his situation, Hetty was explaining to the rest of the team that they were looking for a rogue ICE Agent.

ICE or Immigration Customs Enforcements was an organization that was charged with looking into artifacts around the world. And one of their agents, Sy Riggs had gone to Afghanistan not that long ago with a mission in play. Sy you see had told Jack that he was cataloguing historic sites but as time went on Jack began to notice a few things that were off.

For instance, Sy had begun to leave out certain people that they had met or events that had occurred in his official documents that were to be sent back to the ICE. So Jack had chosen to follow his instincts by looking into Sy on his own. And he ended up finding out that Sy had been secretly creating two catalogues. One for his organization and another that he could sell to the highest bidder.

Unfortunately, historic pieces in the Middle East were being sold all over the world. And with the unrest in many of the regions, it was easy to smuggle out pieces or in this case a list of where the pieces are. Which they could then sell to antiquities dealers for millions.

So right around the time Jack found out that Sy was dirty, he had contacted Hetty. He had told her that he had information on Sy Riggs and had even flown to LA in order to be debriefed. But the second he landed, that’s when people began shooting at him. And how he eventually found himself in protective custody.

Therefore, Hetty had entrusted Kensi and Deeks with more than just Jack’s life on line. And they knew it was more important to focus on their job than it was on the fact they were watching Kensi’s ex.

Kensi and Jack hadn’t after all ended on the best of terms. He was suffering from PTSD and had pushed her away because he thought she deserved better. And she hadn’t tried to reach out to him even though she knew she could have fought him over his decision if she really wanted to.

And so they had both made mistakes that neither had thought about in years. Yet Deeks thought they should have a moment alone to talk. Both Kensi and Jack had moved on with other people but they had never really gotten closure they needed from each other.

So Deeks had talked Granger into letting the two have some time alone. But it was long, before he regretted that decision. See, the team had ultimately found Riggs at a dump site.

The ICE agent had been tortured and murdered by the people he had been attempting to do business with. And they had also found Sy’s list of sites burned to bits. So that had made the guys wondered about who they were dealing with because real antiquities dealers wouldn’t have burned Sy’s list. Not when he had practically written everything down in there.

However, the people that Sy had met up with and had wanted to keep as secret might have wanted to destroy the list. So just as the guys realized they might be dealing with the Taliban or another extremist group that Sy must have accidentally friended – they then knew that Jack was in danger. The men they were hunting wouldn’t have found Jack if he didn’t want to be found. But if they threatened his family – he would have happily turned himself over.

So Kensi’s friends had rushed back to the apartment and there they had luckily managed to save both Kensi and Jack before the latter’s actions could cost them both their lives.

And as for Jack’s family, Hetty had been protecting them since Jack boarded the plane to the states. Thus his wife and daughters were never really in any danger. And Jack had to apologize for what he nearly did in order to save them.

But Jack and Kensi did talk about their joint past and they have both gotten the closure they needed in order to fully move on with their lives.